It Happened In Key West, a new romantic musical comedy is to have its world premiere at London’s Caring Cross Theatre in July. 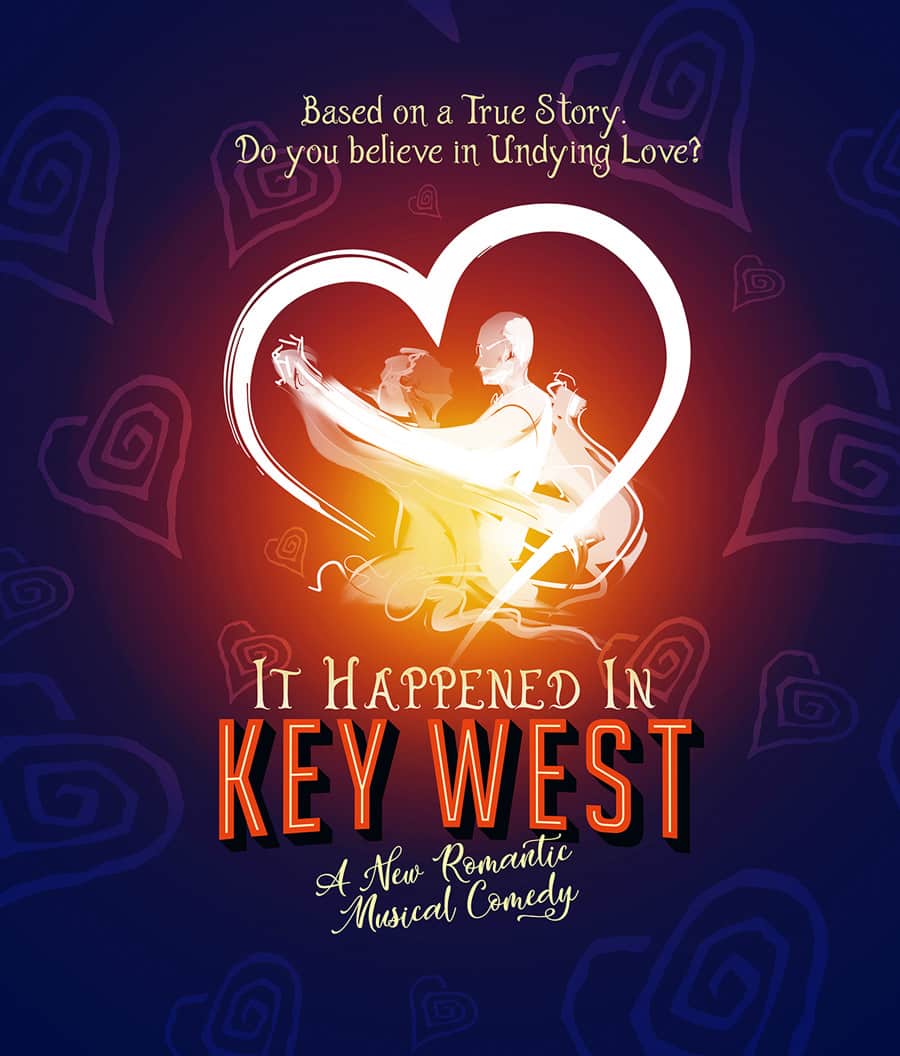 Inspired by shocking true events that rocked Key West in the 1930’s, It Happened In Key West is the story of eccentric scientist Carl, who, after decades of searching for his dream girl finally meets Elena, only to lose the love of his life to tuberculosis.

But for Carl, the eternal optimist, death is only the beginning. He steals Elena’s body from the graveyard and takes her home, embarking on the most ambitious “fixer upper” project in history as he tries to bring his beloved back to life…

Funny, shocking and deeply moving, this new American musical will make you re-examine what you believe about the nature of love, loyalty and commitment (either to a person or an asylum!).

Broadway actor Wade McCollum  will play scientist Carl. Wade was recently nominated for a Best Actor Lucille Lortel Award starring off-Broadway as Ernest Shackleton in Ernest Shackleton Loves Me. Previously, he starred as Tick/Mitzi in the first national tour of the musical Priscilla Queen of the Desert and as Hedwig in Hedwig and the Angry Inch, for which he garnered the Los Angeles Drama Critics Circle Award, Backstage’s Garland Award for Best Actor and won an Ovation Award for Best Musical. In 2012 Wade was seen Off Broadway as the Velociraptor of Faith in Triassic Parq – the musical. In New York he also starred as Jeffrey in Jeffrey at the Sage Theatre and as Nestor le Fripe in Irma la Douce at Musicals Tonight.

A video of Wade performing Undying Love from It Happened in Key West has been released.

It Happened in Key West, with Book, Music and Lyrics By Jill Santoriello, Book and Additional Lyrics by Jason Huza, Book and Original Concept by Jeremiah James, will be directed and choreographed by Marc Robin.

It Happened in Key West will be presented at the Charing Cross Theatre for a strictly limited seven week season from 4 July – 22 September 2018.

BOOK NOW FOR IT HAPPENED IN KEY WEST