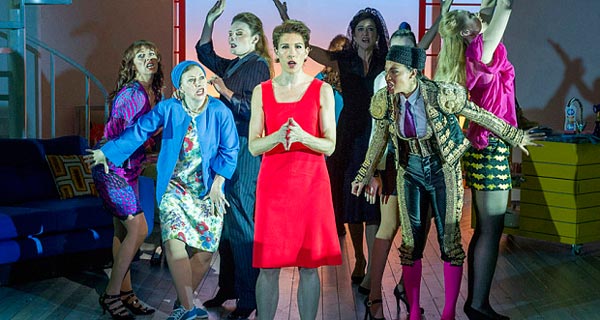 It was announced today the Women On the Verge Of A Nervous Breakdown, currently playing at the Playhouse Theatre will close on May 23, 2015.

Based on the 1998 Pedro Almodovar film of the same name, the show starred Tamsin Greig and Haydyn Gwynne, who both received Olivier Award nominations for their performances in the musical.

Producers released a statement saying: “We’re very proud of this production, our superb cast and creative team, and the wonderful critical and audience response during the season.”

It is believed the musical will now be staged outside the UK with productions planned for Germany, Japan and Australia.

Meanwhile tickets are still available for performances up to May 23,2015.