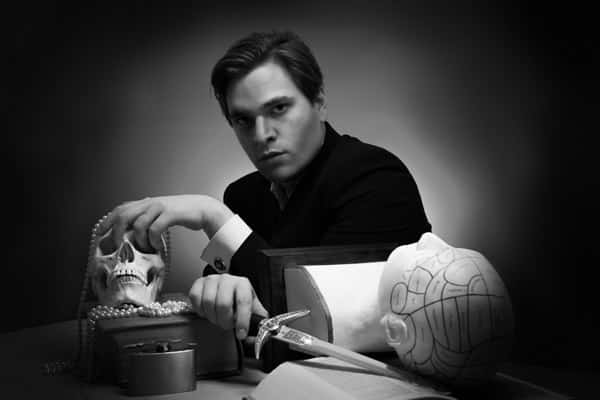 Jack Flynn’s in movies – “creature features” – quite the celebrity, as far as men in rubber masks go. Celebrity enough that when his wife disappears in a flurry of sex scandals and drug parties, his face ends up on front pages. On the verge of a nervous breakdown, Jack retreats from the world with his brother Bill to an isolated family cabin, planning a long weekend of whisky, fishing and brotherly love. All doesn’t go to plan. As the brothers descend into madness and paranoia, only one question matters; who or what is Eldred Brand?

Orson Welles started writing Bright Lucifer at just 16 years of age.  His first solo-authored work, the script flirts with incest, paedophilia, whisky, God, the Devil, death, illusion, monsters, murder, love, hate, and everything in-between. Only recently rediscovered, Bright Lucifer has never had a full run or been professionally produced; this will be its premiere, with the blessing of the Welles Estate.