West End theatre closures have now been extended until Sunday 28 June, according to the latest statement from the Society of London Theatre (SOLT). 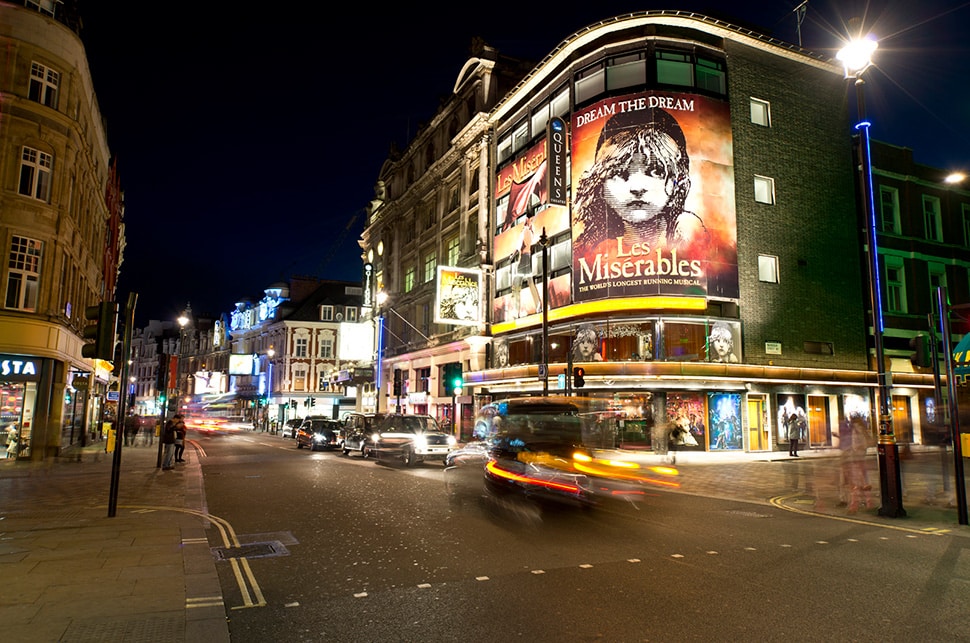 Announcing the extension to the West End Theatre closures theatre today, it clarified that this new date “does not mean theatres will reopen on 29 June” and that “if further cancellations are necessary, they will continue to be announced on a rolling basis”.

It follows SOLT’s previous statement on behalf of London’s West End theatres on 15 April when it confirmed that its members were cancelling all performances until 31 May. Theatres across the UK started to shut down from 17 March after Prime Minister Boris Johnson advised people to avoid places such as theatres to limit the spread of the coronavirus.

In its statement today, SOLT advises ticket-holders for affected performances that they do not need to do anything, adding: “They will be contacted by the organisation from which they bought their tickets to arrange a refund, credit note or exchange for a later date.

“We are grateful to customers for the patience they are showing during this challenging time for our industry. With 300,000 people visiting West End theatres in a normal week, it’s a major undertaking to process refunds, exchanges and credit notes, particularly when many staff are working remotely. Please rest assured that we are all working as quickly as we can and we appreciate the on-going support of our audiences.”

On Sunday (3 May), leading producer Sir Cameron Mackintosh admitted on Michael Ball’s BBC Radio 2 show that, unless there are any significant developments, he feared some theatre productions might not be able to resume until as late as 2021.

Productions affected by the latest extension include Sunday in the Park with George starring Jake Gyllenhaal and Annaleigh Ashford which was due to run at the Savoy Theatre from 5 June to 5 September. Performances have been postponed to 2021 and current ticket-holders will be given priority access to new tickets when the show returns.

In today’s statement, SOLT also pointed out that, once it is safe for live stage performances to resume, “different theatres and productions are likely to reopen at different times”.