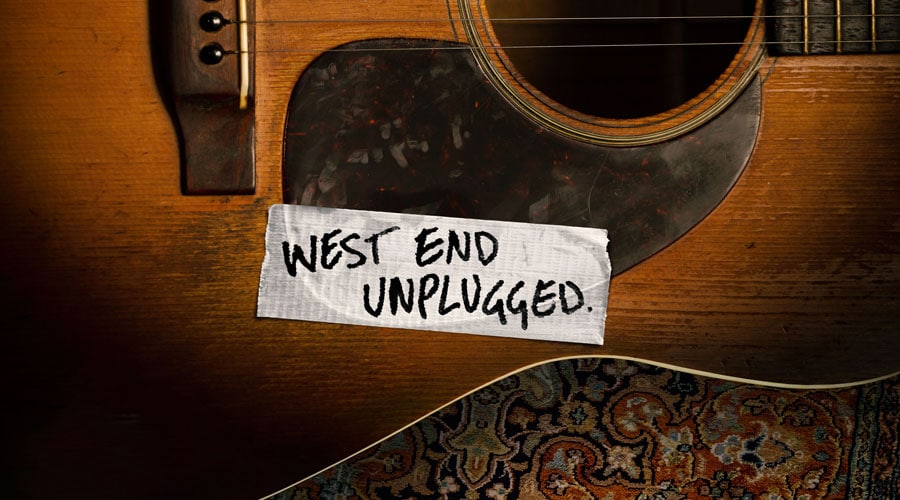 Each Wednesday from 9th to 30th September, a dazzling line-up of the West End’s most well-loved singers will perform alongside some of theatre’s top musicians in West End Unplugged (live from L-Acoustics Creations), a series of four, 45-minute charity concerts.

COVID-19 has dealt a devastating blow to the theatre community across the U.K., with shows closed across the West End and around the country since March, and for the foreseeable future leaving all those involved with little or no income. This series of shows been produced to help raise funds for three charities that help the most in need across the entertainment industry.

Featuring top Olivier Award-winning talent from hit productions like We Will Rock You, Wicked, Beautiful, Come From Away, The Tina Turner Musical, the concerts will feature a mixture of show tunes and some of the performers’ personal favourite songs.

The series is presented by choreographer Anthony Van Last and Music Director Ben Goddard and promises to be a joyful mix of music and relaxed chat.

As has long been the way of the entertainment, everyone involved, from the performers to all of the technicians and technical equipment suppliers, have come together and given their time for free to mount these concerts.

“All funds raised on the day will benefit three amazing charities: Backup-The Technical Theatre Charity, Help Musicians UK, Theatre Artists Fund,” says theatre sound designer and the shows’ producer, Bobby Aitken. “We feel that between them, these three charities best represent everyone in our theatre family.”

The concerts are free to watch, with the hope and expectation that those viewing will respond generously to the appeal for donations.

All four concerts will be streamed as live at 7.30pm (GMT). You can watch the shows by going to bit.ly/WestEndUnplugged.