As West End Shows continue to re-open we are delighted to bring you this summary of shows opening in August 2021. Book your tickets now! 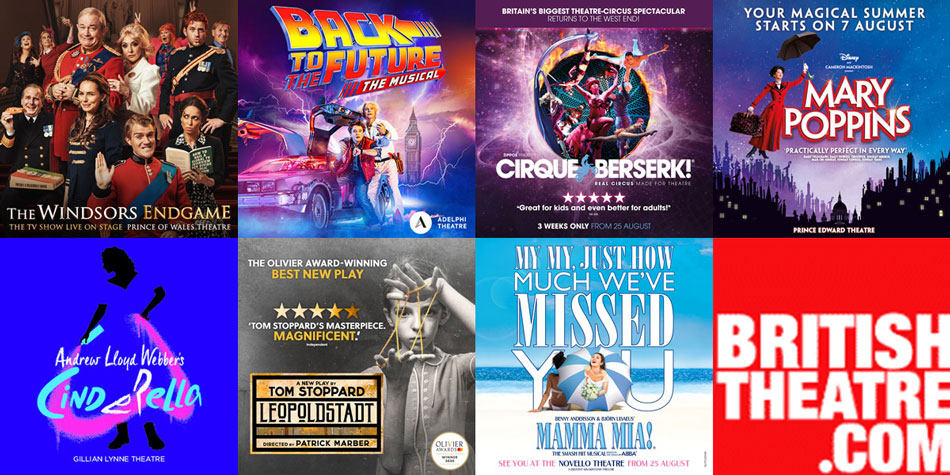 Join Harry Enfield, Kara Tointon, Tracy-Ann Oberman and many of the stars of The Windsors, Channel 4’s irreverent royal spoof, live on stage, at the Prince of Wales theatre in The Windsors: Endgame from 2 August
Like all good soap operas, this is the story of intergenerational conflict, with Wills challenging his father for the crown and Camilla determined to see him off and rule the land with an iron fist. Wills needs Harry and Meghan’s help if he’s ever going to triumph – but will they come back from California and their authentic life with their rescue chickens? And how will Beatrice and Eugenie ever clear their father, Prince Andrew’s name? Written by the creators of the TV series, George Jeffrie and Bert Tyler-Moore, directed by Michael Fentiman (Amelie) and featuring songs, sword fights and snogging competitions, this show has everything you need to beat the lockdown blues!
MARY POPPINS
Prince Edward Theatre – From 7 August 2021
BOOK TICKETS
Disney and Cameron Mackintosh’s multi-award-winning musical Mary Poppins is flying back to the Prince Edward Theatre on 7th August.

Starring Zizi Strallen in the title role and Charlie Stemp as Bert, the magical story of the world’s favourite Nanny is triumphantly and spectacularly brought to the stage with dazzling choreography, incredible effects and unforgettable songs.

The stage production of Mary Poppins is brilliantly adapted from the wonderful stories by PL Travers and the original film. It is co-created by Cameron Mackintosh and has a book by Oscar-winning screenwriter and Downton Abbey creator, Julian Fellowes. With a timeless score by Richard M Sherman and Robert B Sherman including the classic songs; Jolly Holiday, Step in Time, Supercalifragilisticexpialidocious and Feed the Birds, with new songs and additional music and lyrics, including Practically Perfect, by the Olivier award-winning British team of George Stiles and Anthony Drewe. 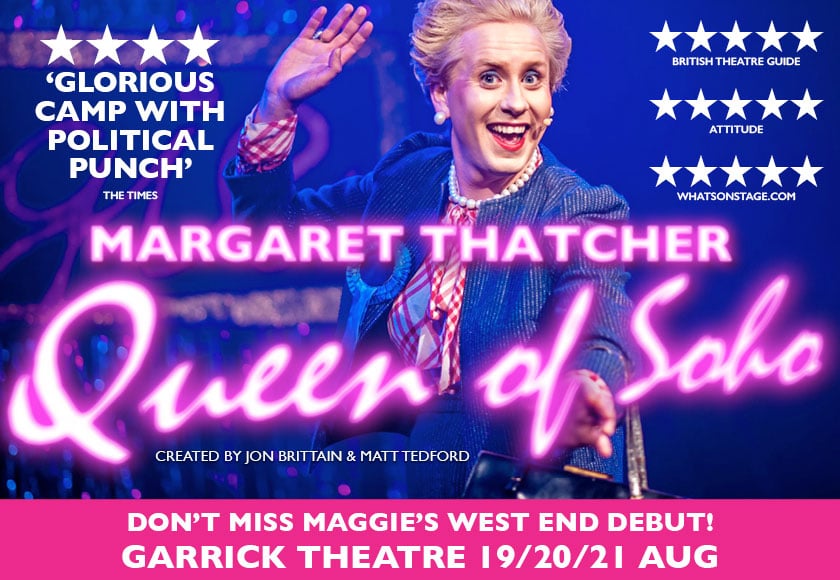 Maggie makes her West End debut in this smash hit drag extravaganza! Following five sell-out runs at the Edinburgh Fringe, the Iron Lady comes home to Soho, more fabulous than ever. On the eve of the vote on Section 28, Maggie gets lost in Soho and accidentally becomes a cabaret superstar. Will she change her mind about the homophobic bill before it’s too late…? A big gay odyssey about LGBT rights, the 80s and disco created by double Olivier Award winner Jon Brittain and Matt Tedford. 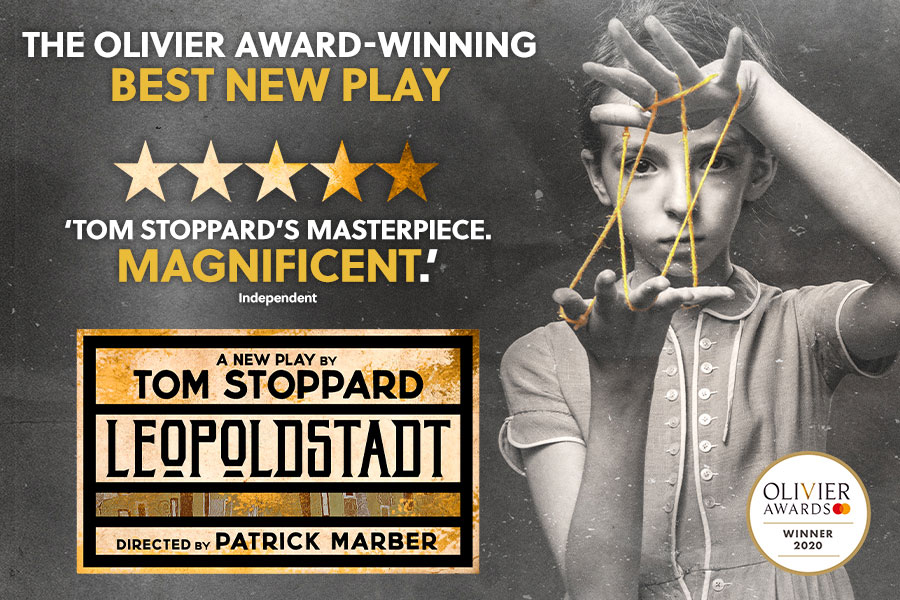 Leopoldstadt – the Olivier Award-winning new ‘masterwork’ (Evening Standard) by Tom Stoppard opened to overwhelming critical acclaim in early 2020, playing seven weeks of sold-out performances, before being temporarily shut down. Since then, the grand Viennese apartment on Wyndham’s stage has waited for a great reawakening, as audiences eagerly anticipate the return of Leopoldstadt. Now, Stoppard’s ‘unforgettable play from the heart’ (The Telegraph) re-opens in the West End, June 2021.

At the beginning of the 20th Century, Leopoldstadt was the old, crowded Jewish quarter of Vienna. But Hermann Merz, a manufacturer and baptised Jew married to Catholic Gretl, has moved up in the world. Gathered in the Merz apartment in a fashionable part of the city, Hermann’s extended family are at the heart of Tom Stoppard’s epic yet intimate drama. By the time we have taken leave of them, Austria has passed through the convulsions of war, revolution, impoverishment, annexation by Nazi Germany and – for Austrian Jews – the Holocaust in which 65,000 of them were murdered. It is for the survivors to pass on a story that hasn’t ended yet.

Get ready for Cinderella… like you’ve never seen her before.

Back to the Future: The Musical is set to rewrite theatre history when it opens in London this summer.

When Marty McFly is transported back to 1955 in a time machine built by the eccentric scientist Doc Brown, he accidentally changes the course of history. Now he’s in a race against time to fix the past and send himself… back to the future.

Based on the classic 1980s film, this spectacular and hilarious musical adventure will star Olly Dobson (Bat Out of Hell) and the Tony Award-winning Roger Bart (The Producers). Directed by the Tony Award-winning John Rando it features a score by legendary film composer Alan Silvestri and Glen Ballard (Ghost The Musical), along with hit songs from the film.

Britain’s biggest theatre circus spectacular is back in the West End – 3 weeks only.

Cirque Berserk! returns with all your favourite acts, and some thrilling new ones, all created especially for the theatre. Combining contemporary cirque-style artistry with adrenaline-fuelled stunt action, this astoundingly talented international troupe includes over thirty jugglers, acrobats, aerialists, dancers and daredevil stuntmen showcasing the finest in traditional circus thrills and skills. Featuring the world’s most hair-raising circus act – the legendary motorcycle ‘Globe of Death’.

Celebrate 20 years of MAMMA MIA! in London where it all began…

Join the fun as the world’s favourite feel-good musical, MAMMA MIA!, celebrates its twentieth anniversary in London’s West End. Since premiering there in 1999, the irresistible smash-hit has become a global phenomenon that’s captured the hearts of millions around the globe.

The sunny, funny tale of a mother, a daughter and three possible dads on a Greek island idyll, all unfolding to the magic of ABBA’s timeless pop masterpieces, has now been seen live on stage by over 65 million people across the world, and turned into two record-breaking movies – MAMMA MIA! The Movie and MAMMA MIA! Here We Go Again.