Ahead of the 64th annual Eurovision Song Contest in Tel Aviv, the casts of seven West End shows will wage battle at the Adelphi Theatre on Sunday 28 April in West End Eurovision 2019. 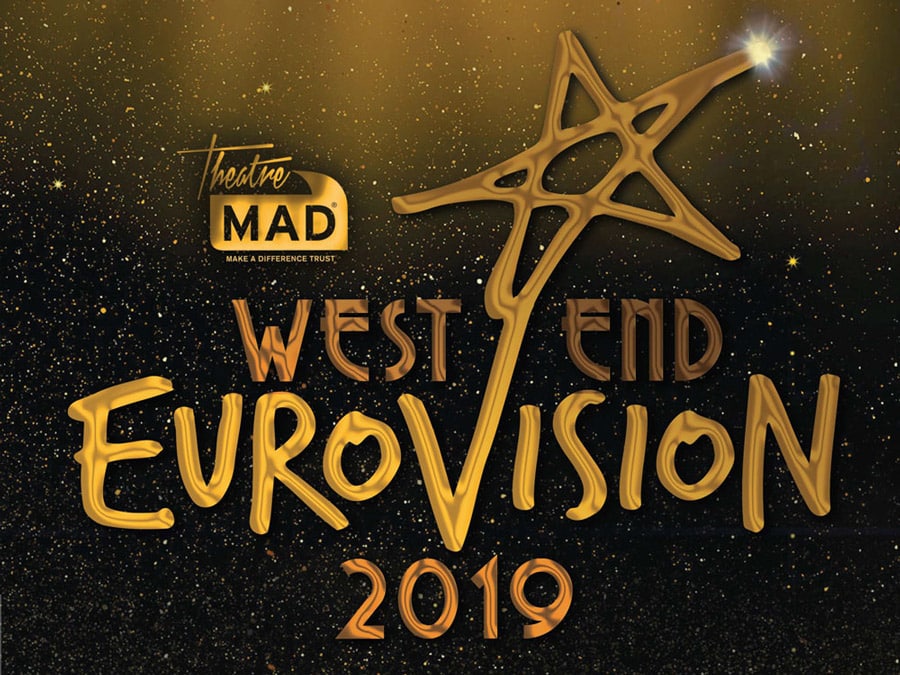 Singing original Eurovision Song Contest songs, they will compete to win text votes from the theatre audience and the approval of a panel of celebrity judges and judges from each competing show.

Giving their all to lift four coveted West End Eurovision 2019 trophies – The Champions, The Best Ident Movie, The Best Creative and the new award for this year Outstanding Gorgeousness – will be the casts of Aladdin, Everybody’s Talking About Jamie, Follies, Mamma Mia, Only Fools and Horses, The Phantom of the Opera (last year’s winners) and Wicked.

The first guest star performer to be announced is the fantastically glamorous Eurovision winner Dana International, who will perform DIVA, the song that took the crown for her in Birmingham in 1998. And this year’s UK Eurovision Act, Michael Rice, will be performing the UK entry, Bigger Than Us.

West End Eurovision 2019, a feel-good, edge-of-your-seat-exciting and interactive charity event will take place in the heart of London’s Theatreland for one show only on one unforgettable night only! It will once again raise much-needed funds for the work of MAD Trust. The Trust works with its partners to support those living with or affected by HIV and AIDS both in the UK and Sub-Saharan Africa.

Melanie Tranter, chair of the Make A Difference Trust said: “West End Eurovision only happens because of the incredible generosity of the theatre community who give their time and talent so generously to make this incredible show possible. On behalf of the Trust and everyone who will benefit from the work we do, to every performer, every crew member, every single person works so hard to make this show one of the best nights in the West End calendar, Thank You”

West End Eurovision will be held at the Adelphi Theatre on Sunday 28 April at 7.15pm.