This Summer sees the return of West End children’s shows. Traditional favourites are back with classic children’s book adaptations that are sure to enchant audiences.

Based on Britain’s best-loved picture book by Judith Kerr, the Olivier Award-nominated smash hit show The Tiger Who Came to Tea returns to the West End for Summer 2022.

The doorbell rings just as Sophie and her mummy are sitting down to tea. Who could it possibly be? What they certainly don’t expect to see at the door is a big, stripy tiger!

Join the tea-guzzling tiger in this delightful family show; packed with oodles of magic, sing-a-long songs and clumsy chaos! A stunning stage adaptation of the classic tale of teatime mayhem… expect to be surprised!

Based on the bestselling books by Kes Gray and Jim Field

Frog is looking for a place to sit, but Cat has other ideas and Dog is doing as he’s told. Who knew there were so many rhyming rules and what will happen when Frog is in charge?

Join Frog, Cat and Dog in the Olivier Award-nominated action-packed stage adaptation of Kes Gray and Jim Field’s bestselling books. Expect songs, puppets, laughs and more rhymes than you can shake a chime at. 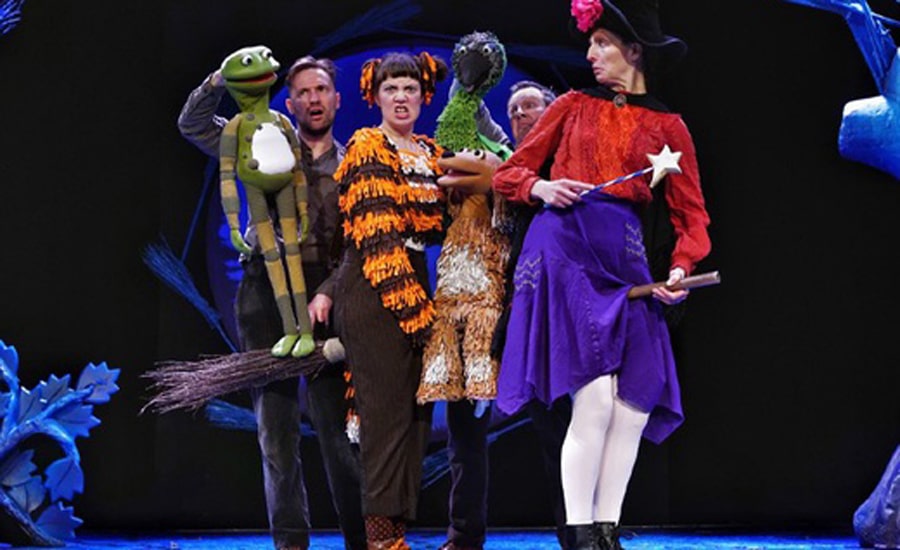 Jump on board the broom with the witch and her cat in Tall Stories’ fun-filled adaptation of Room on the Broom, the best-selling picture book by Julia Donaldson and Axel Scheffler.

The witch and her cat are travelling on their broomstick when they pick up some hitch-hikers – a friendly dog, a beautiful green bird and a frantic frog. But this broomstick’s not meant for five and – CRACK – it snaps in two… just as the hungry dragon appears!

Will there ever be room on the broom for everyone? Find out in the magical Olivier Award-nominated show for everyone aged 3 and up.

Tiddler will be swimming back to London this Summer! Adapted from the bestselling books by Julia Donaldson and Axel Scheffler, audiences should to go under the sea, out on the farm and into the jungle, as four terrific tales are bought to life on stage with live music, puppetry and a whole host of colourful characters from the much-loved titles: Tiddler, Monkey Puzzle, The Smartest Giant in Town and A Squash and a Squeeze. Funky moves, toe-tapping tunes and giggles are guaranteed.

Tiddler and other Terrific Tales weaves together four stories by Julia Donaldson and Axel Scheffler, the multi-award-winning picture book pair behind some of the world’s best loved children’s books, most notably the modern classic The Gruffalo which has been published in over 100 languages. Together their books have sold over 75 million copies.

Tiddler & Other Terrific Tales is brought to the stage by Freckle Productions who return to Cadogan Hall following last summer’s smash-hit run of Zog. Their other adaptations include Stick Man, Tabby McTat and Zog and the Flying Doctors which is on tour now. Tiddler & Other Terrific Tales is directed by Mark Kane with original direction by Sally Cookson, music and lyrics by Benji Bower, designs by Katie Sykes, lighting design by El Higgins and musical direction by Brian Hargreaves. 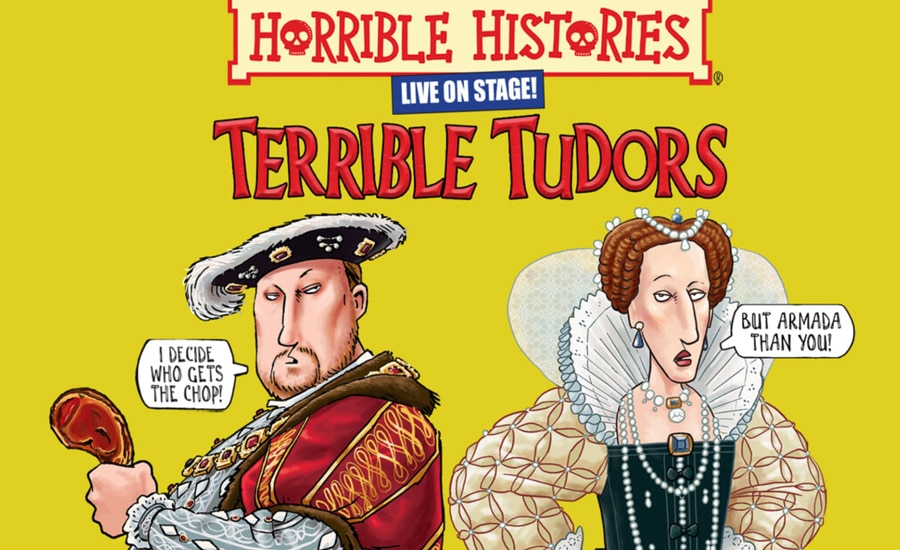 We all want to meet people from history.

The trouble is everyone is dead!

So it’s time to prepare yourselves for Terrible Tudors live on stage!

From the horrible Henriesto the end of evil Elizabeth, hear the legends (and the lies!) about the torturing Tudors. Find out the fate of Henry’s headless wives and his punch up with the Pope. Meet Bloody Mary and see Ed fall dead in his bed. Survive the Spanish Armada as they launch their attack!

It’s history with the nasty bits left in!