A killer cast has been announced to join Orlando Bloom in Killer Joe at Trafalgar Studios. 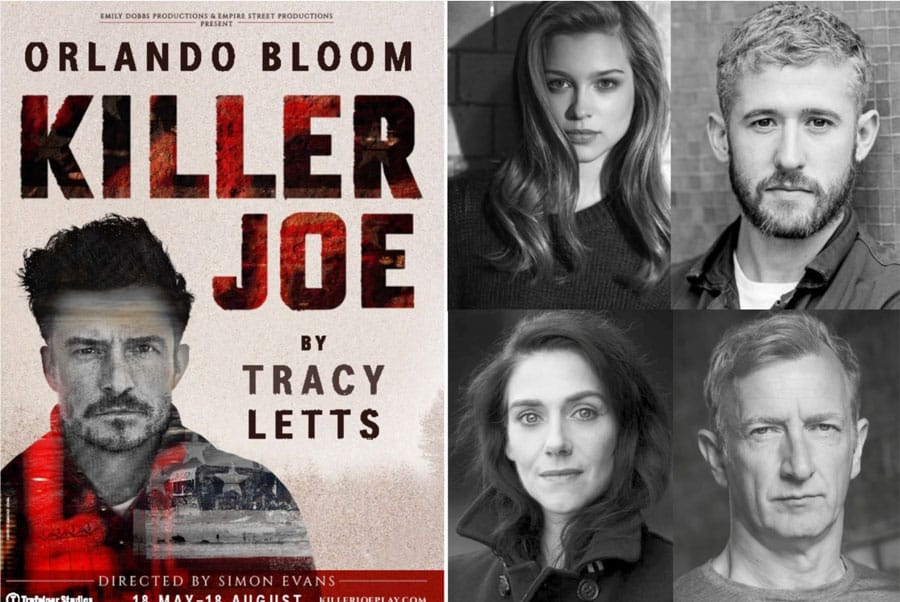 The Smith family hatch a plan to murder their estranged matriarch for her insurance money. They hire Joe Cooper, a police detective and part-time contract killer, to do the job. But once he enters their trailer home and comes face to face with their innocent daughter, the plan spirals out of control…

A tense, gut-twisting thriller, Killer Joe, directed by Simon Evans (The Dazzle and Bug at Found111 and current West End hit The Best Man at The Playhouse) asks where the moral line is drawn in the fight for survival.

Adam Gillen (currently starring at the National Theatre as Wolfgang Amadeus Mozart in the acclaimed production of Amadeus, and best known as Liam in five series of  ITV’s Benidorm).

Steffan Rhodri (Labour Whip Walter Harrison in James Graham’s This House at the Garrick Theatre, and best known for portraying Dave Coaches on Gavin & Stacey and as Reg Cattermole in Harry Potter and the Deathly Hallows Part I).