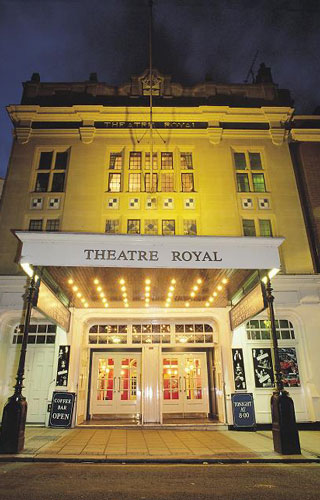 The Theatre Royal Windsor and Paul Taylor-Mills have announced the return of weekly repertory theatre to the theatre with one company presenting a season of six classic revivals from Tuesday 26th May to Saturday 4th July 2015.

The Theatre Royal Windsor has a strong history of repertory theatre dating back to 1938. When the theatre was converted into a cinema in 1929 to cater for the arrival of the talking pictures, John Counsell, who went on to be the theatres director for almost 50 years, lead a campaign to restore the theatre as a playhouse. In 1938, the theatre was successfully reopened and a repertory company was founded with a standing company of actors. The Company remained at the theatre unsubsidised for almost five decades, and in 1988 celebrated its fiftieth birthday; an occasion attended by Her Majesty the Queen.

Robert Miles, Executive Director of Theatre Royal Windsor said today: ”Theatre Royal Windsor has a long tradition of Rep Theatre, and we are very excited about collaborating to bring it back. Rep was always a breeding ground for talent, and our industry has reaped the reward in a generation of amazing performers, creatives and technicians. We believe that this new model will offer a platform to the best emerging talent working alongside seasoned professionals and provide quality entertainment to locals and visitors in our beautiful auditorium.”