Watermill Theatre Artistic Director Paul Hart has announced the theatre’s Autumn/Winter season which will include Kiss Me, Kate, Assassins, Cyrano de Bergerac, A Mini Summer Night’s Dream and The Prince and the Pauper. 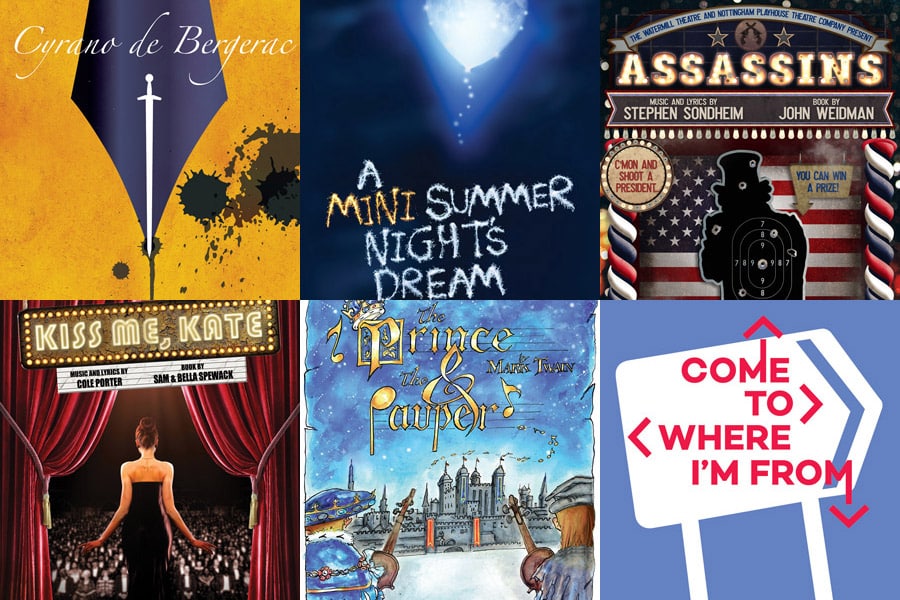 The Watermill Theatre today announces its new season for Autumn/Winter 2019.

In keeping with the theatre’s growing reputation for producing theatrically bold and imaginatively staged musicals performed by actor-musicians, the season highlights will include the multi-award-winning classic Broadway musical Kiss Me, Kate, as well as a co-production with Nottingham Playhouse of Stephen Sondheim’s whip-smart and insightful Assassins.

Also featuring is work from the Young Company who will be performing Glyn Maxwell’s adaptation of Edmond Rostand’s epic Cyrano de Bergerac and The Watermill Ensemble return with a hilarious, high-octane version of Shakespeare’s Dream in A Mini Summer Night’s Dream which will tour to schools. Finally, the festive season unwraps with a lively adaptation by Chinonyerem Odimba of Mark Twain’s classic story of confused identities, The Prince and The Pauper for all the family.

Paul Hart, Artistic and Executive Director said ‘I am really excited about bringing this season of work to The Watermill.  Our summer musicals have become must-see shows, and I can’t wait to get working on Kiss Me, Kate in The Watermill’s unique and intimate space – Shakespeare’s The Taming of the Shrew, egos raging and gun-toting gangsters, what’s not to love?  This brilliant show-within-a-show set up and Cole Porter’s sublime score will be reimagined with actor-musicians. I am also delighted to be co-producing Assassins with Nottingham Playhouse, one of Sondheim’s most pertinent pieces, continuing our long association with the work of Sondheim. It is thrilling to see work from our fantastically committed Young Company and they will be bringing to life a very funny production of Cyrano De Bergerac. Our ever versatile Watermill Ensemble will be showcasing a fast-paced, joyous ‘Mini Summer Night’s Dream’ with three actors playing all the parts. The show will tour to schools and run at the theatre. Finally, for the festive season, we have a real treat for all the family with Chinonyerem Odimba’s new version of Mark Twain’s classic story The Prince and The Pauper.’

Continuing its commitment to making its work accessible to all, The Watermill will offer £10 tickets for 16 to 25s to all main house productions. It will stage its twelfth integrated signed performance during the run of The Prince and the Pauper on 11 and 14 December, as well as a Relaxed Performance on 7 December. There will also be a Relaxed Performance of A Mini Summer Night’s Dream on 7 November and audio described performances for Kiss Me, Kate, Assassins and The Prince and the Pauper.