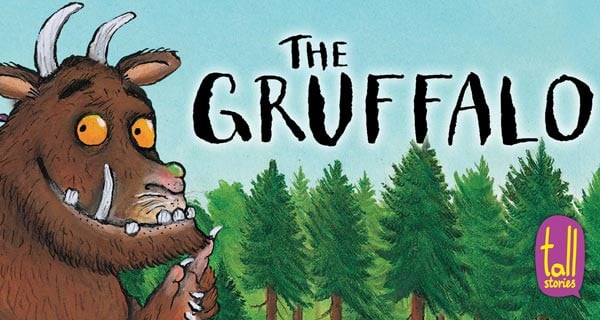 This July everyone’s favourite furry monster roars back into the West End in celebration of his 15th anniversary on stage.

Tall Stories’ smash hit production of The Gruffalo, which first opened on the 12 May 2001, 18 months after the book was first published, returns to the Lyric Theatre, Shaftesbury Avenue from 6 July.

Tall Stories’ The Gruffalo is based on the much loved picture book by Julia Donaldson and Axel Scheffler. The most fearsome creature that never was – but is – takes to the stage in this enchanting production combining songs, laughter and storytelling theatre with just the right amount of scary fun!

Olivia Jacobs and Toby Mitchell from Tall Stories said: “Back in 1999, when we asked Julia and Axel if we could adapt their then little-known book The Gruffalo for the stage, we had no idea how things would turn out. The original 2001 tour involved three actors in a car (not even a stage manager!) touring to schools and small venues. To go from there to the West End, Broadway and the Sydney Opera House has been quite a journey.”