Mark Ludmon picks some of the new theatre writing coming up in week seven of London’s Vault Festival, running from 10 to 15 March.

Based around The Vaults in Waterloo, the Vault Festival 2020 features more than 600 shows between 28 January and 22 March, from comedy and dance to theatre and family shows. 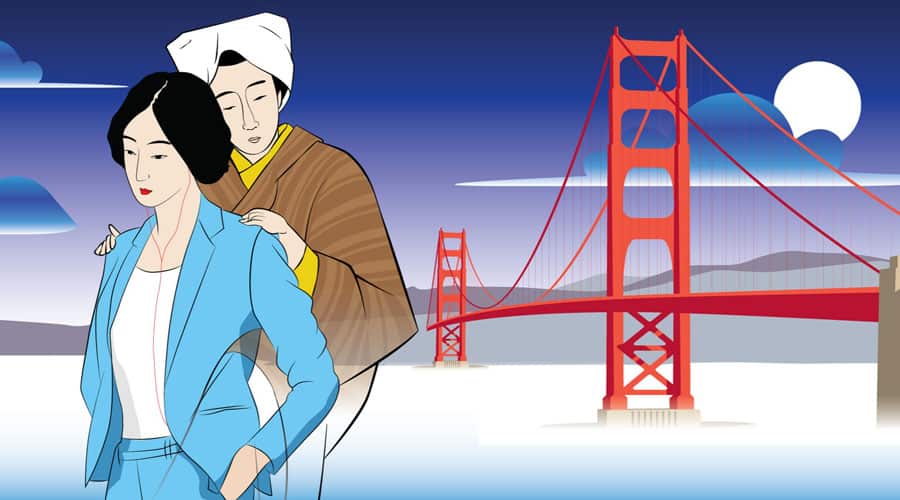 Past and present intertwine as two generations of women struggle to find their way in societies that don’t accept them in Susan Hingley’s play, Baaba’s Foosteps. It follows 39-year-old Yu who leaves Tokyo to follow in the footsteps of her great-grandmother who travelled to San Francisco in 1920. It is a story about love and belonging that promises to be touching and funny. The cast includes Tomoko Komura, Eyre Kurasawa, Johnny Ong and Tammie Rhee. The Vaults: 10-15 March. 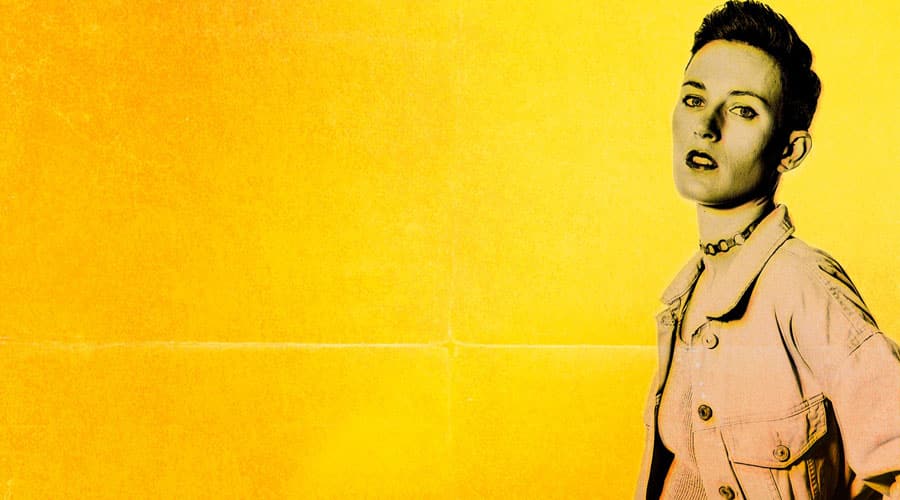 Sugar Coat is a gig theatre show based on a true story and pop-punk feminism. Written by Lilly Pollard and Joel Samuels, it is a woman’s coming-of-age story, from 90s shag bracelets to 21st-century non-monogamous relationships, featuring original music inspired by bands like Le Tigre and Veruca Salt. The Vaults: 10-15 March. 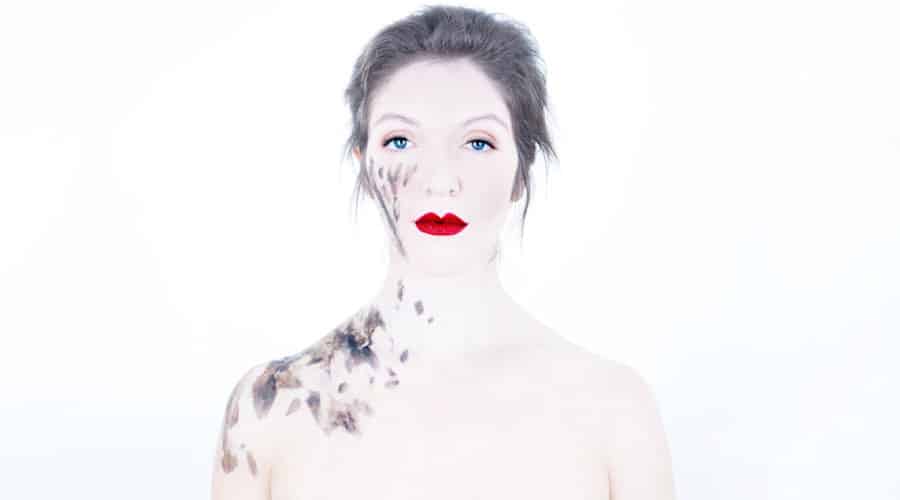 In Alexandra Donnachie’s play When We Died, a woman is faced with the body of the man who raped her 11 months earlier. It presents one woman’s choice to confront her trauma and tell her story, on her terms. An earlier version was longlisted for the Bruntwood Prize for playwriting. The Vaults: 10-15 March. 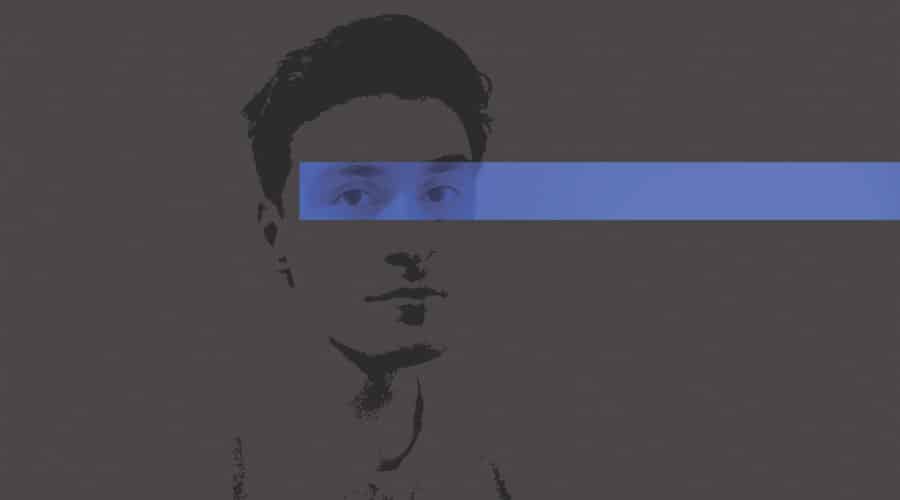 The complex nature of adoption reunion is tackled in Karen Bartholomew’s play Giving Up Marty. Described as spare and gutsy, it follows an 18-year-old man whose life is turned upside down when his birth mother comes looking for him along with his birth sister. Directed by Annie Sutton, it features Danny Hetherington, Dorothy Lawrence, Natasha Atkinson, Ugo Nelson and Alexis Leighton. The Vaults: 10-12 March. 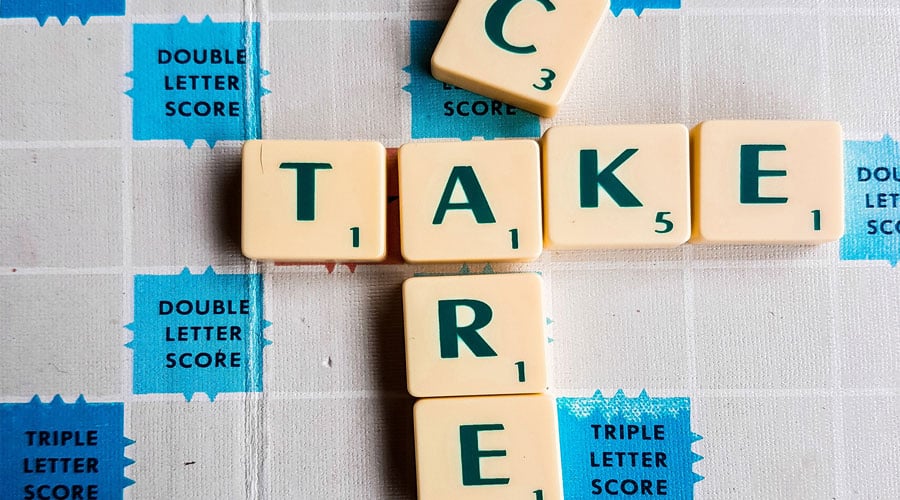 Telling a real-life story, Take Care is a documentary play that shines a light on the hidden voices of carers and exposes the workings of a care system in desperate need of repair. Created by Zoe Templeman-Young, Sam McLaughlin and Catherine Lynch’s verbatim Écoute Theatre, it follows a woman’s struggle to move her mother into a care home that is closer to her. Network Theatre: 10-15 March. 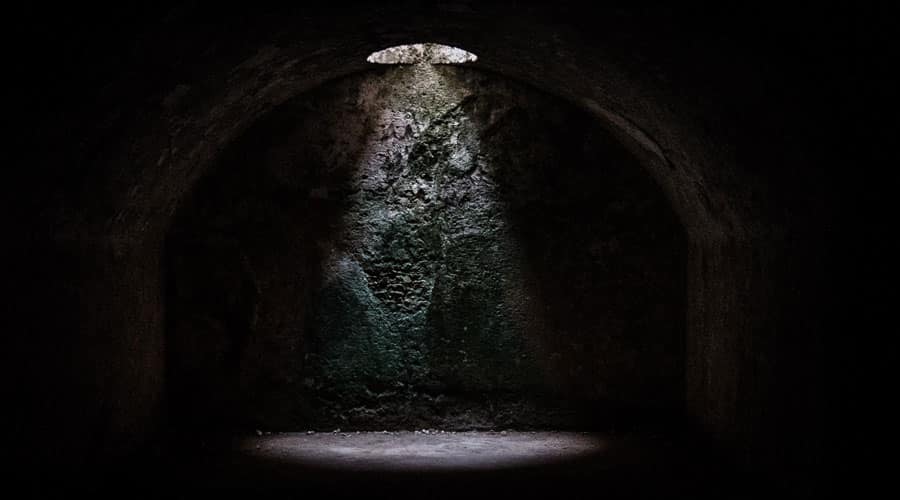 Myths, history and other stories are uncovered in Fever Dream Theatre’s immersive production, Dig, in which two men are digging, knowing only that they must keep on digging. It examines the feeling of helplessness, of feeling trapped, playing with how audiences experience theatre as they join the actors in the enclosed space. Vehicle Venues: 10-22 March. 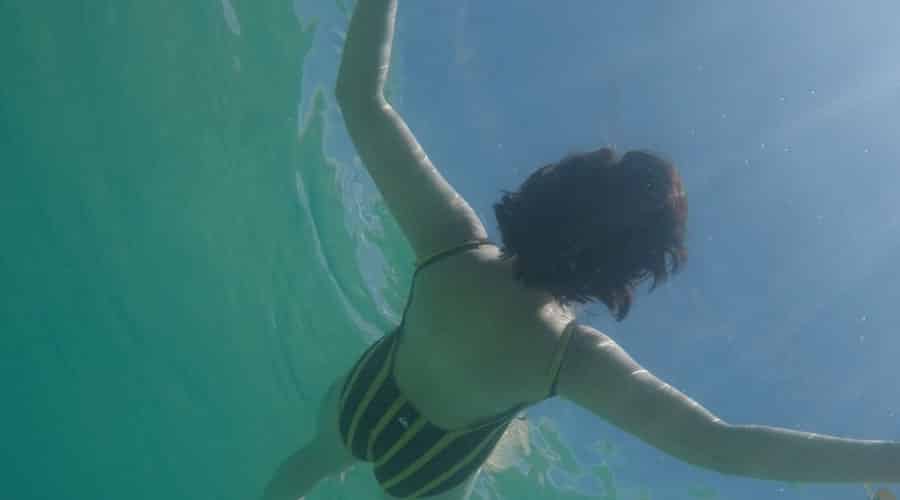 One of the hottest new plays is 39 Degrees, a dark comedy from RedBellyBlack Theatre which specialises in socially engaged verbatim and physical work. It is set on two days in 2019 when temperatures soared to 39 degrees: 25 July in London and 31 December in Australia. Directed by Alistair Wilkinson, it is choreographed and performed by Ruth Newberry-Payton and Kate Goodfellow. The Vaults: 10-15 March. 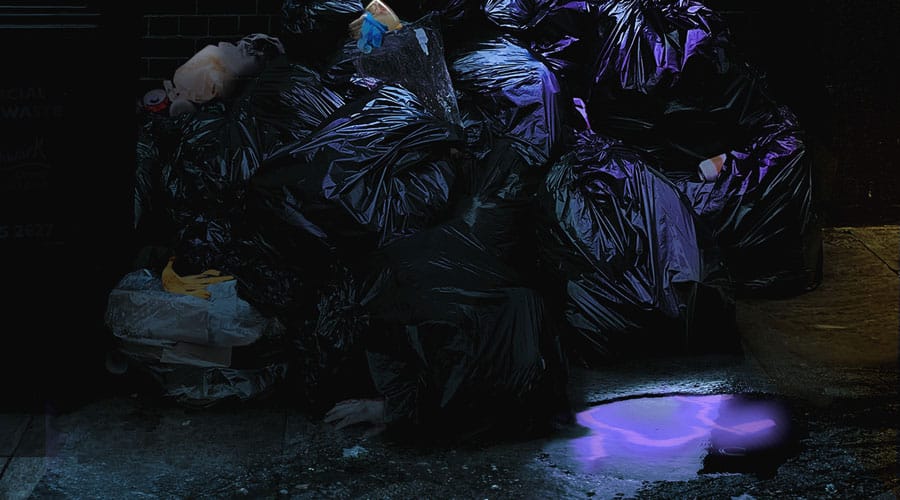 In all-female dark comedy Bin Juice, a hazardous waste removal company takes on a new apprentice who is not what she seems. Written by Cat Kolubayev and directed by Anastasia Bruce-Jones, it is described as a story of loyalty, revenge and secrecy. The cast includes Adeline Waby, Madison Clare and Helena Antoniou. The Vaults: 10-15 March. 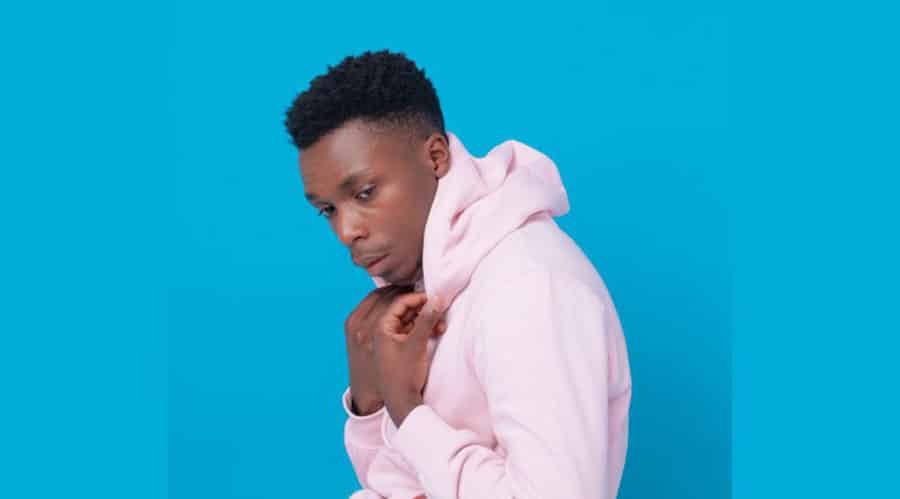 The Brand Nouveau Initiative brings together the best black and minority ethnic emerging artists ready to take the next step in their careers. Shows include Resonate by Ntonga Mwanza presented by theatre company Nouveau Riché. Exploring the mania of addiction, it merges physical theatre, hip hop dance and spoken word in its pulsating lyrical journey into the soul of a modern young man. The Vaults: 11-22 March. 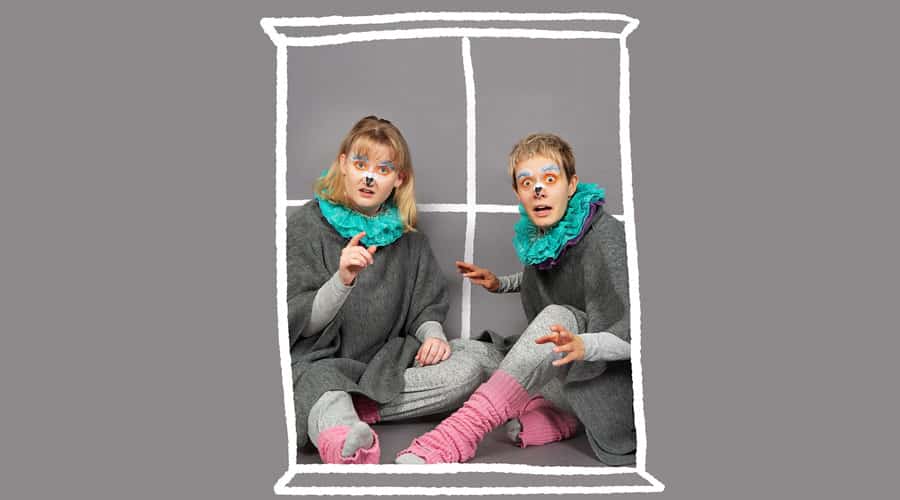 In quirky show Pigeons on L’edge, two pigeons present their “high quality” theatre show about the dangers of roosting on a department store. This comedic birds’ eye view of the world of retail has been created by its performers, Gabrielle Sheppard and Millie Thorne. The Vaults: 11-15 March. 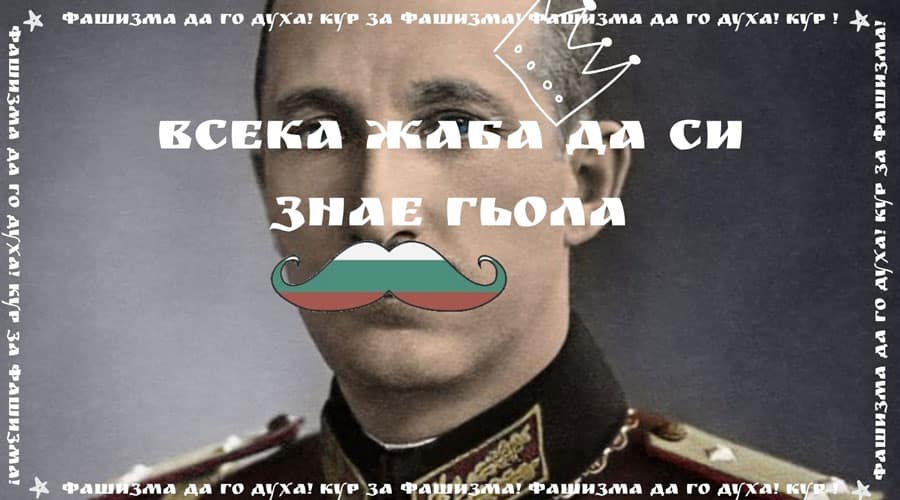 Out Of The Forest Theatre is presenting The Brief Life and Mysterious Death of Boris III, King of Bulgaria: Part The First. Written by Joseph Cullen and Sasha Wilson, it promises satire, revisionist history and live Bulgarian folk tunes in its exploration of how Bulgaria stood up to Hitler and fought to save the lives of Jewish people. The Vaults: 11-15 March. Tiger Mum is a new work from playwright and performer Eva Edo about a black woman struggling alone to raise her vocally gifted eight-year-old bi-racial in son in London. Directed by Alice Malin, this one-woman play navigates the highs and lows of motherhood in a way said to be “heart-warming and playful”. The Vaults: 13-15 March.

When children start mysteriously disappearing in the surreal town of Bow-on-Tie, eight-year-old Abigail sets out to investigate in Bric à Brac Theatre’s new family show, Mustard Doesn’t Go With Girls. Billed as an “inclusive feminist musical“ for children of any gender, it follows Abigail on an adventure where social norms are questioned and secrets are uncovered. The Vaults: 14-22 March. 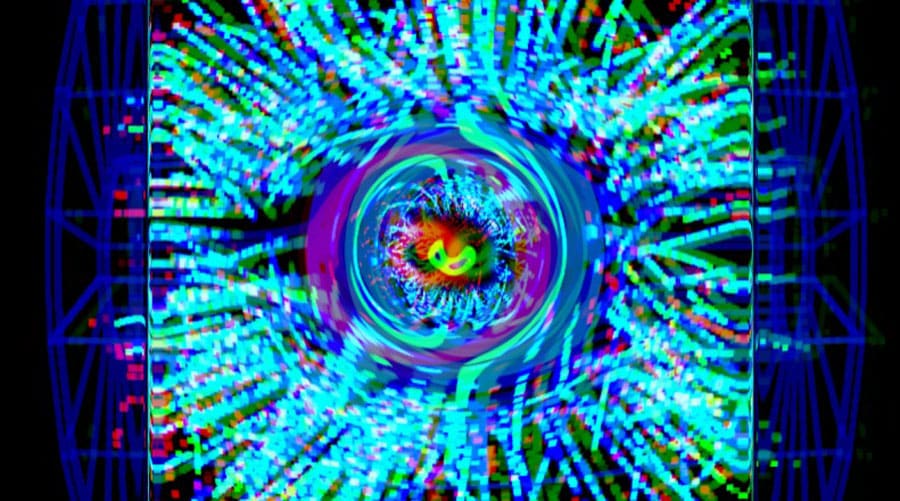 CERN’s Large Hadron Collider has inspired Alex Robins’s “experimental” play, Fireworks. With two parallel narratives in different timelines, it examines whether the connections we make in life form through fate or are random events in a chaotic universe. Directed by Jack Bradfield, it stars Gráinne O’Mahony and James Murphy-Stevens. The Vaults: 14-15 March.