Julian Eaves looks at The Unblinding, which offers a high-tech variation of traditional music theatre story-telling. 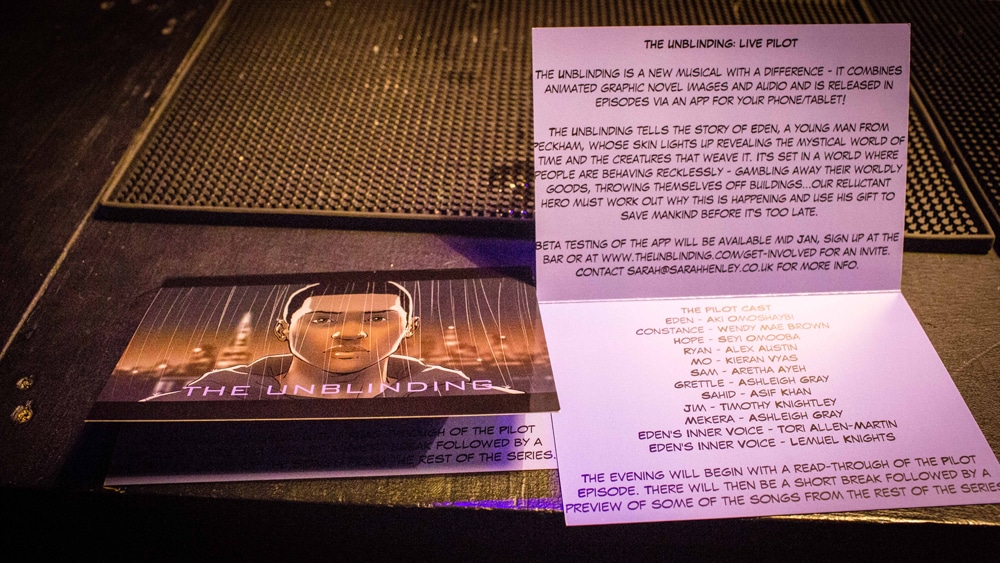 Sarah Henley may well be one of the most astonishing new talents in the British musical theatre world.  In the eternal quest for novelty and surprise, she has just come up with one of the most brilliant and inventive solutions to telling musical stories that anyone has yet devised.  This work combines an App-based animated graphic novel with audio and music and is launched direct to individual phones/tablets (the PC-friendly platform will appear later).  A few Sundays ago, it sprang onto the world at a premiere event in the suitably hip and edgy Peckham arts hub.

The dramatic core of the narrative concerns one Eden (Aki Omoshaybi), a young man from – of all places – Peckham, whose skin magically lights up to reveal the mystical world of Time and the creatures that weave it (I had a coffee before the show at the cafe in the nether regions of the edifice, and I think I actually met some of those…).  Around this hero swarms a cast of locals: Constance (Wendy Mae Brown); Hope (Seyi Omooba); Ryan (Alex Austin); Mo (Kieran Vyas); Sam (Aretha Ayeh); Grettle and Mekera (Ashleigh Gray); Sahid (Asif Khan); Jim (Timothy Knightley), with Eden’s Inner Voice provided by Tori Allen-Martin and Lemuel Knights.  This exciting cast list is indicative of the reach that Henley and her collaborators are achieving in the musical theatre world. 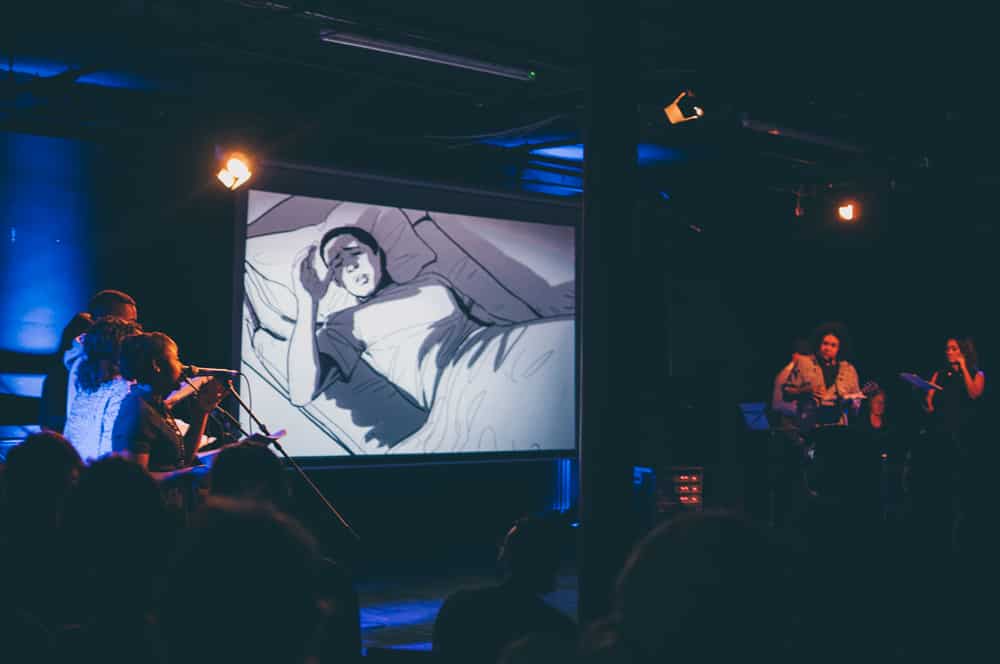 The music and lyrics of the songs that intersperse this tale are by James Fox.  They’re rather nice, as passing commentaries on the action: however, the title song – a robust statement of the show’s ‘ethos’ – stays with you forever.  Generally, though, the songs act as momentary relief from the drama, much in the same way that songs placed in live radio comedy shows used to.  They are stand alone pop numbers that could be enjoyed without reference to the story.

In fact, under all the bang-up-to-date gimcrackery, there is something reassuringly familiar and traditional about this fable: although the characters have taken the guises of those people on the streets of Peckham you walk past to get to the venue, there is in the mythic figure at the centre of the story, and the cheerfully recognisable spaces in which his story is played out, a delightfully simple match of the whimsically fantastic and the simple and work-a-day that recalls a much more well-worn dramatic tradition.

FIND OUT MORE ABOUT THE UNBLINDING