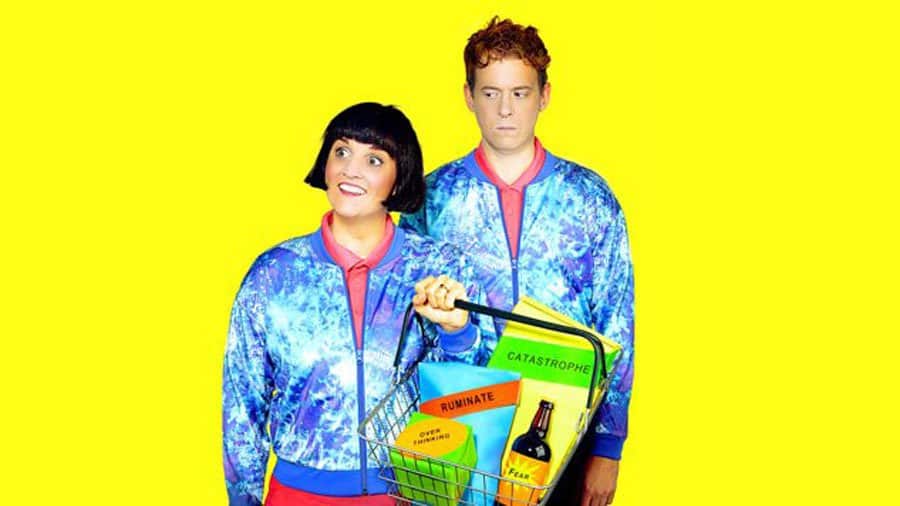 I Have A Bad Feeling About This
House of Blakewell,
Vaults Festival
21 – 25 February 2018
Book Now

For those of us who are HOB virgins, the prospect of finally being able to discover the ins and outs of this fringe cult is a pleasant one indeed, and this year the Vaults Fest regulars return with a new show, new songs, new material, reaching out to new audiences as well as keeping their growing fan base happy.  Announced as a ‘cabaret musical’, and festooned with wreaths of laurels gathered from previous productions, Harry Blake and Alice Keedwell’s latest offering opens on 21st February and is sure to prove a popular draw.  The pair took some time out from rehearsals – and life – to speak to me about it.

Harry composes the music and Alice the lyrics and text, although there seems to be quite a lot of give and take between the pair of them.  However, his deadpan, Neil Tennant-esque pose and her exuberant, cheekily grinning persona create the real style of the act: he appears to want to offer something serious and meaningful, while she is clearly just out for the proverbial good time.  Yet, there is much sophistication, not to say complication, in their multi-facetted approach.  Forms and colours are borrowed generously from all over the place, weaving many textures into their repertoire.  Not for nothing has the innovative producer Vicky Graham taken them under her wing for previous shows.  This year, newcomer Hannah Elsy takes up the reins of responsability, but the rest of the team – director, Valentina Ceschi and choreographer Jennifer Fletcher – are still there to keep up the ‘house style’.  Richard Williamson is credited with the lighting design: I would love to know who is the creator of their stage designs, always so fascinatingly different.

How many creators of musical entertainments today draw their inspiration from both Disney and Tom Lehrer?  Well, these two do.  Having proven themselves in a selection of stand alone pieces, they also find themselves increasingly drawn towards narrative formats, although always with an unexpected twist.  In this show, for instance, we are promised a ‘Waitrose Ballet’.  The mind positively boggles.  Furthermore, the musical terrain spreads itself through 90s chill-out-land, with influences taken from Aphex Twin, and ranges right into the foothills of ‘Les Mis’ and ‘Wicked’.  That’s Harry’s background, also comprising stints making music for the West Yorks Playhouse.  Alice is seen more on the stage, and most recently at the Watermill’s lovely production of ‘A Little Night Music’.

With creds like these behind them, they are clearly rather more than the average comedy act.  I am very much looking forward to finding out just how special they are.

BOOK TICKETS FOR I HAVE A BAD FEELING ABOUT THIS