Behind the scenes across the UK talented writers are working on great new ideas for musicals. Many will never be seen and many need support to get onto the stage. BritishTheatre.com has asked our good friend Julian Eaves to write a regular feature talking about the hard work that is going on to bring audiences new and exciting shows. We hope that you enjoy this great new series. 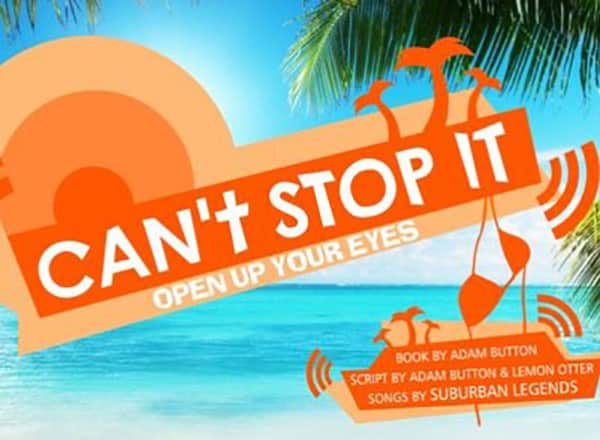 On Thursday, 21st July, at the Dominion Theatre, Tottenham Court Road, we were treated to the first night of a wonderful success story in musical theatre. No, it was not the Press Night of the revival of ‘The Bodyguard’, starring the inestimable Beverly Knight. It was for a new show that nobody had seen before.

If you wanted to see it, you had to leave the lobby in the magnificent art deco grand entrance hall, climb the stairs up to the circle, and then keep going… High above the theatre, there is something that only the more observant, or the more lost, patrons, may have noticed seeing signs pointing toward: it is the ‘STUDIO’.

We arrived first at its snug vestibule, where drinks were laid out in welcome by the producers, Button Lemon Productions. A small but interesting cross-section of the industry had been invited, including: Michael Moor, Director of the GSA; Eric Buchanan, of Millbank Casting; and, actor-director-writer, Ralph Bogard. None of whom, it appeared, knew very much at all about what to expect. Also on hand, and much more knowledgeable – but resolutely tight-lipped – were Nick Charters and Lewis Butler of PPA, whose just-graduated students were providing the cast for the show. They maintained – and rightly – they wanted the production to speak for itself.

We were then led into the Studio: a spacious rehearsal room, equal in size to the theatre’s stage, with mirrors on the walls and – as we were soon to find out – a deliciously sprung floor. Music chairs lined up on one longer side for the audience, flanked by two rows on the shorter edges for the cast; a rehearsal piano was tucked in the corner and rehearsal lights lit the space and stayed on for the whole performance. Once seated, I found myself next to Adam Button and Lemon Otter, the creators of the show. Lemon is an experienced voice coach, with years of experience teaching musical theatre students; Adam is a younger firebrand of a beginner. Put crudely, Adam came up with the story, and the two of them fleshed out the dialogue and knitted it together with the songs, which are from the songbook of the US band, Suburban Legends; although, so taken with this project is the group, that they have written two entirely new numbers especially for this show. Most of us attending, I suspect, were expecting a fairly conventional ‘juke-box’ musical. That indicates just how little we know of Button and Lemon. Their meeting, and their collaboration, is such a perfect coincidence that, were it to feature as a plot device in a musical, it would be damned as illustrative of the sheer improbability and fancifulness of a genre that consistently fails to reflect real life.

CAN’T STOP IT: THE MUSICAL is their first work together, and indeed their first work of any kind in musical theatre. It is hard to believe that. But true. They began the show only last year, also hard to believe, in a smaller scale workshop, and have developed it considerably since then. Yes, they certainly have. It demonstrates a maturity and confidence that are very rarely seen, even in the work of established theatre makers.

Before things started, the director, Max Reynolds, came on to give one of those beautifully relaxed speeches that only directors know how to make under such circumstances, always full of bounce, and fun, and gracious modesty; he briefly outlined the process of the two-and-a-half-week workshop, whose results we were about to witness, and praised the efforts of all concerned, craving our sympathetic indulgence.

This hardly prepared us for what we then experienced. The opening of Act 1 is a masterpiece of fluidity and clarity, wit and geniality, apparently effortlessly setting up the narrative situation with bags of charm and youthful attractiveness. In Russell Smith’s deft musical staging, the brilliance of the writing was unmissable: this was a fresh, lively story, ingeniously given theatrical life with a technical know-how that is the equal of the best of anything currently on offer in the West End. Smith exploited every opportunity to express in elegant shapes and neat rhythms the essence of this story about the drive and excitement of young love. And the MD at the keyboard, Lee Freeman, supported all of this by coaxing wonderfully varied musical colours out of the evidently much used instrument.

The cast, 8 boys and 8 girls, filled the room with the best fruits of their marvelous training, establishing a big list of characters with total clarity and precision, each personality distinctly differentiated from the others, groupings harmoniously arranged and pleasingly contrasted, and each transition between dialogue and underscore, through song, and dance, to more cross-over dialogue, managed with the same polish one adores in the best of contemporary musical theatre. It was exhilarating.

This pace, and drive, were then – breath-takingly – maintained with remarkable consistency for the substantial first act, building to a satisfyingly complicated problem that brought about the interval. Then, in the vestibule bar, we all chattered animatedly about how enchantingly well-constructed and presented it was, and how it might be resolved in the second half. We all cared about these people. But the authors had more surprises up their sleeves than we could anticipate. The plot in the second act took several unexpected turns, with the rate and intricacy of its convolutions increasing as time ran out, propelling us, helter-skelter, into a cleverly stage-managed denouement.

There was romance, and – some – sentiment, along the way, with one particularly beautiful song, that grew into a very affecting ensemble indeed, one that actually wrung real tears from my eyes. But, suavely, the writers steered us back away from that melancholy, and directed us once more into the energised, delirious frenzy of youth.
And that, perhaps, is the key to this show’s central appeal. While the technical skill, the professional proficiency, of the writing is very nearly absolute (and the team are clearly using this workshop to perfect it still further), the heart of the work is simpler, more direct, more immediately tangible, and memorable. It is a much franker and honester depiction of real young people of today than I think we have seen for a little while. It does push the envelope of what is acceptable in ‘mainstream’ entertainment, but it does so without pretence or manipulativeness: it plainly seeks after the ‘truth’ about life today, and – in that – deserves respect as much as admiration. While its language may amuse, shock or even at times titillate, its sheer enduring honesty is actually a rather noble and uplifting aspect of the work. In the bravery of the writing and the young cast we saw last Thursday, there is also dignity and grace. It’s actually rather magnificent. Something special, it seems, has begun.

All thanks to the wonderful Dominion Theatre for bringing this to us, and on the very evening of the press night of their latest blockbuster success.

What will happen next? Button and Otter have their work cut out for them. This show has legs and heart, and I do not for one minute believe we have heard the last of it. Now it’s time for their imagination, energy and commitment, their professional discipline and creativity, to reap the reward of significant support and promotion.