Tyrone Huntley joins the cast of The View Upstairs which comes to Soho Theatre in July 2018. 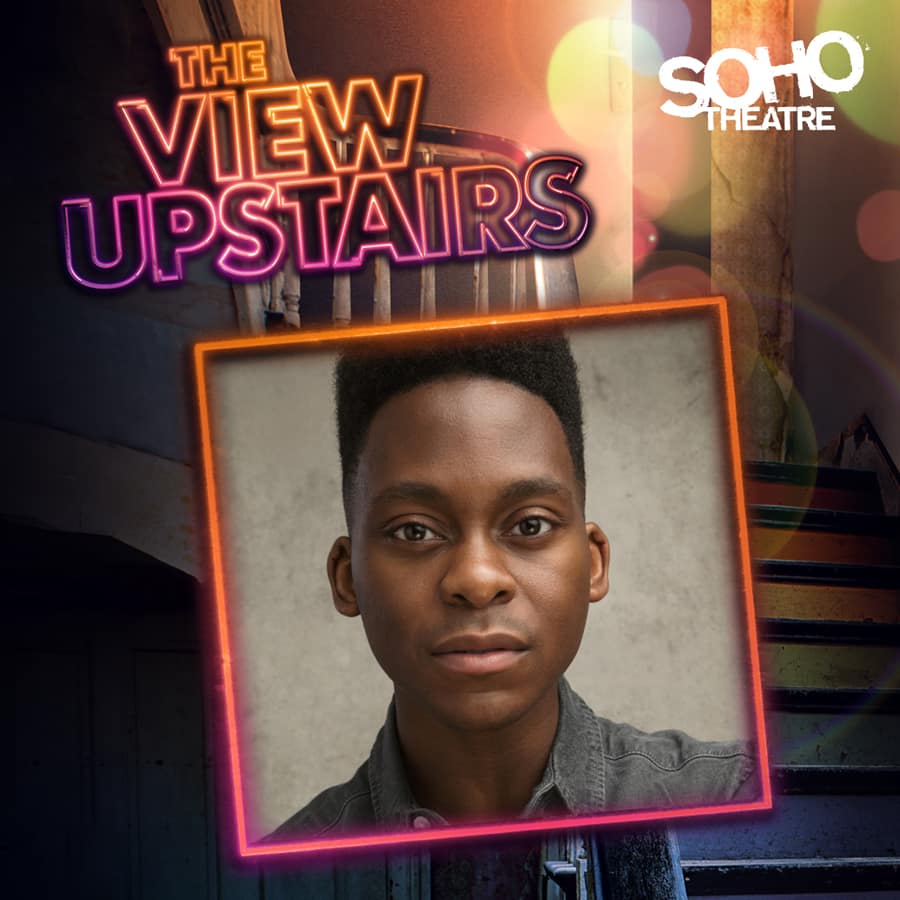 Tyrone Huntley will star as Wes in the European premiere of new LGBTQ+ musical The View Upstairs, which runs from 18 July to 24 August at Soho Theatre.

Tyrone Huntley was recently shortlisted for an Ian Charleson Award for his portrayal of Lysander in A Midsummer Night’s Dream (Watermill, Newbury). He received the Evening Standard Emerging Talent Award and an Olivier Award nomination for the role of Judas in Jesus Christ Superstar (Regent’s Park Open Air Theatre) and Broadway World Award nominations for Gator in Memphis (Shaftesbury Theatre) and Doctor in The Book of Mormon (Prince of Wales). Some of his more recent theatre work includes Obi in Leave to Remain (Lyric, Hammersmith), Justin Laboy in Lin-Manuel Miranda’s 21 Chump Street (The Courtyard Theatre) and C.C. White in Dreamgirls (Savoy Theatre). This year Tyrone made his directorial debut with Ain’t Misbehavin’ which received rave reviews at both The Mercury Theatre, Colchester and Southwark Playhouse.

The musical opens in present day when Wes, a young fashion designer buys an abandoned space, not realising this had been the UpStairs Lounge, a vibrant ’70s gay bar in the French Quarter of New Orleans, which, in 1973, was burned down in an arson attack, killing 32 people, and making it the worst attack on the LGBTQ+ community until the 2016 shooting at The Pulse nightclub in Orlando. The View Upstairs brings to life this forgotten community and takes the audience on an exhilarating journey of seduction and self-exploration, celebrating the lives of those forgotten, while featuring a soulful, rock and jazz score.

The musical is written by young up-and-coming artist Max Vernon and will be directed in London by Jonathan O’Boyle (Aspects of Love, Pippin, Hair), with choreography by Fabian Aloise (Evita at Regent’s Park Open Air Theatre in 2019, The Rink, Our House, Working). The show will have set and costume design by Lee Newby, lighting design by Nic Farman, sound design by Adam Fisher, with casting by Will Burton CDG.

BOOK TICKETS FOR THE VIEW UPSTAIRS