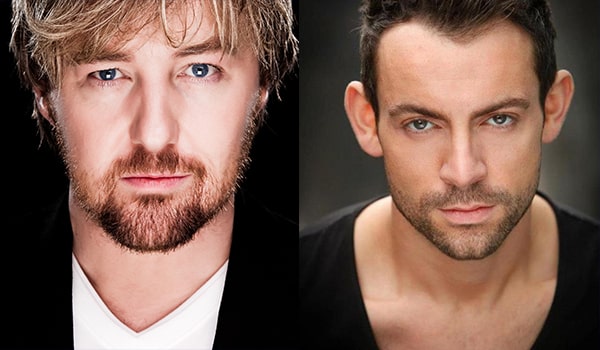 Major cast changes are afoot at The Phantom Of The Opera with the announcement today that John Owen-Jones will return to the role of The Phantom from 7 September 2015, with Ben Forster taking on the role from 1 February 2016.

John Owen-Jones has now played the role of The Phantom  more than any other actor in the West End production’s history.  John’s last performance will be on Saturday 30 January 2016 when Ben Forster will take over fresh from the season of Elf at London’s Dominion Theatre where he will play Buddy.

Joining both Owen-Jones and Forster will be Celinde Schoenmaker as Christine Daaé; Nadim Naaman as Raoul, Michael Matus as Monsieur Firmin and Christopher Dickins as Monsieur André.

It is estimated that The Phantom Of The Opera has been seen by more than 140 million people worldwide and the total gross is now in excess of $6 billion. The box office revenues are higher than any film or stage play in history, including Titanic, ET and Star Wars. It has been seen in 34 countries and 157 cities and played in 14 different languages.

BOOK NOW FOR THE PHANTOM OF THE OPERA