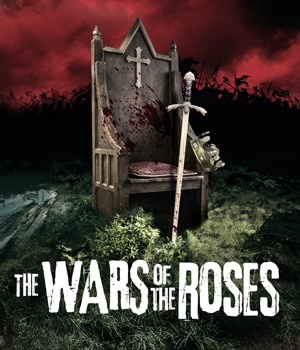 Trevor Nunn will direct The War Of The Roses, a gripping adaptation of four of Shakespeare’s history plays at the Rose Theatre Kingston in rep from 16 September until 31 October 2015. The adaptation features William Shakespare’s Henry VI Parts I, II and III and Richard III.

The War Of The Roses is a trilogy of plays first produced at the Royal Shakespeare Company in 1963 by company founders John Barton and Peter Hall about one of the most intriguing and tumultuous periods of British history – the 15th Century conflict between the House Of York and the House Of Lancaster for the throne of England.

The War Of The Roses will be performed by an acting company of 20 professional actors, combined with a local community chorus to complete the ensemble. This will be the largest company to play the Rose’s stage since the theatre opened.

Director Trevor Nunn said today, “It has long been an ambition of mine to stage The Wars of the Roses. It’s an extraordinary adaptation, by two extraordinary men – Peter Hall and John Barton – to both of whom I am profoundly indebted for their influence on my life and career. I hope this event will be fitting celebration of them and their unique legacy.

“The brilliance of their work makes it as relevant now as it was when they first staged it in 1963. Despite our constant resolve that there shall be no more war, the world remains in the grip of brutal armed conflict, over territory, religion and power. Shakespeare asks why must our species resort to war and bloodshed. This epic chronicle is, without doubt, Shakespeare’s Game of Thrones.

“It is absolutely fitting that we are performing this saga at the Rose Theatre Kingston, which is an almost exact replica of the original Rose Theatre on Bankside. That is where these plays were first staged in Shakespeare’s London, and so, in a potent way, we are bringing them home.”

The War Of The Roses reunites Trevor Nunn with designer John Napier, who together with Mark Friend, will transform the Rose’s auditorium. Costume design will be by Mark Bouman, lighting design by Paul Pyant, sound design by Fergus O’Hare, fight direction by Malcolm Ranson and music by Guy Woolfenden.