Tom Morris’ production of Touching The Void transfers to the West End for a strictly limited season at the Duke Of York’s Theatre in November 2019. 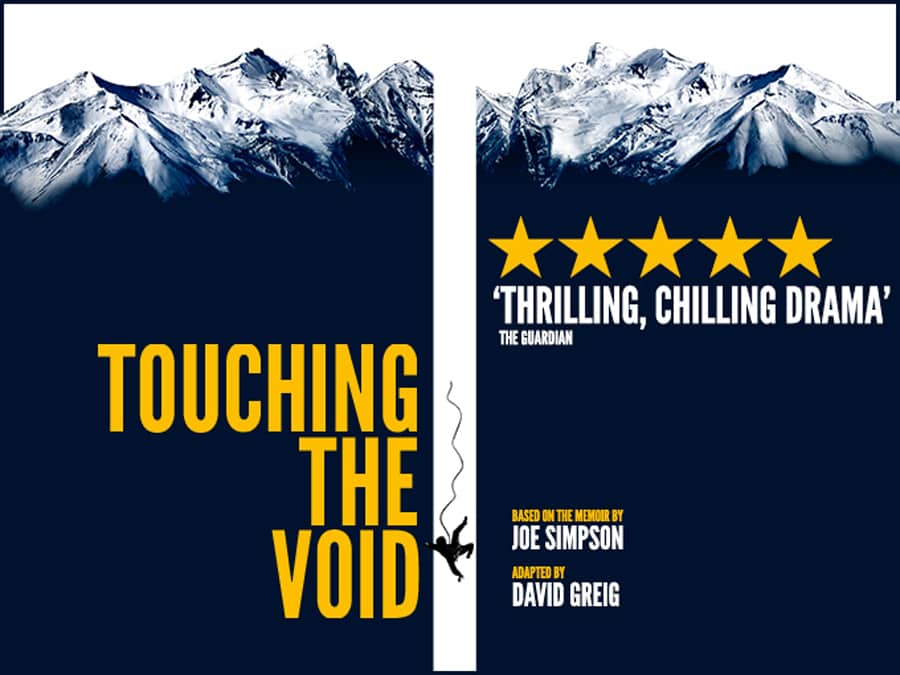 Following critically acclaimed runs at the Bristol Old Vic, Royal & Derngate, Northampton, Royal Lyceum Theatre Edinburgh, Hong Kong Festival and on Tour in the UK Tom Morris’ production of Touching the Void will open in the West End at the Duke of York’s Theatre previewing from 9th November 2019. Book now!

This production marks the 30th anniversary of the publication of Joe Simpson’s best-selling memoir, charting his extraordinary struggle for survival on the perilous Siula Grande mountain in the Peruvian Andes. Alongside this struggle, is the appalling dilemma of his climbing partner Simon Yates, perched on an unstable snow-cliff, clinging onto the rope tying him to the severely injured Joe. Unable to recover Joe from the void, Simon is faced with the agonising decision to cut the rope that binds them…

Tom Morris said: “This production has been an extraordinary journey into the unknown, inspired by one of the most compelling books I’ve ever opened.  Simpson’s story drove my imagination wild with fear, excitement and hope.  We hope this show will do the same for yours.”

BOOK TICKETS FOR TOUCHING THE VOID