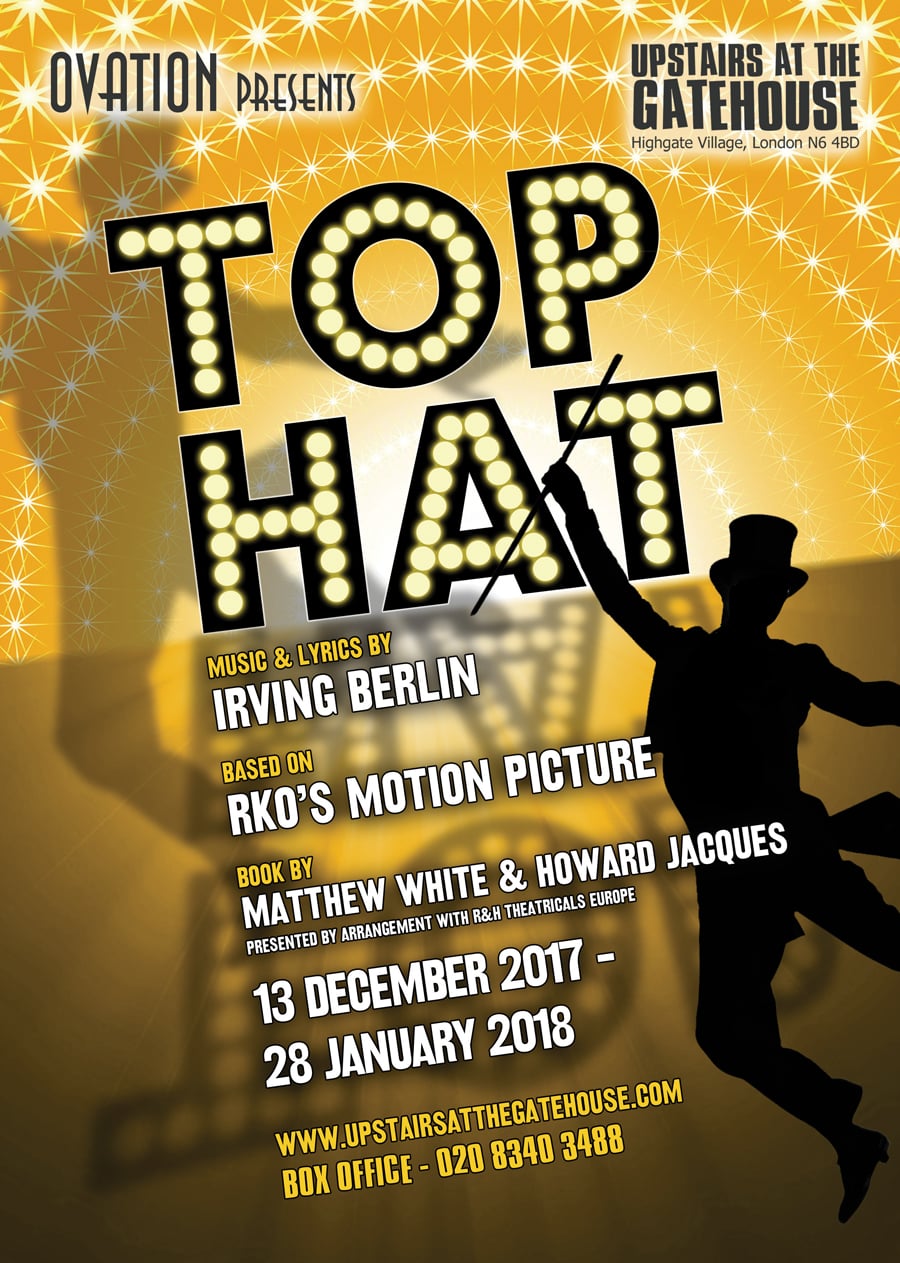 Ovation Productions are to present the London fringe premiere of Top Hat the musical at Upstairs at the Gatehouse from 13 December 2017 to 28 January 2018.

Featuring Irving Berlin’s greatest hits this all singing, all dancing musical features Cheek to Cheek, Let’s Face The Music and Dance, Puttin’ On The Ritz and Top Hat.

Top Hat tells the story of Broadway sensation Jerry Travers who dances his way across Europe to win the heart of society girl Dale in a riotous mistaken-identity plot.

Top Hat will be directed by John Plews, choreographed by Chris Whittaker, musical supervision by Dan Glover, casting by Debbie O’Brien and Harry Blumenau and produced by Katie Plews.