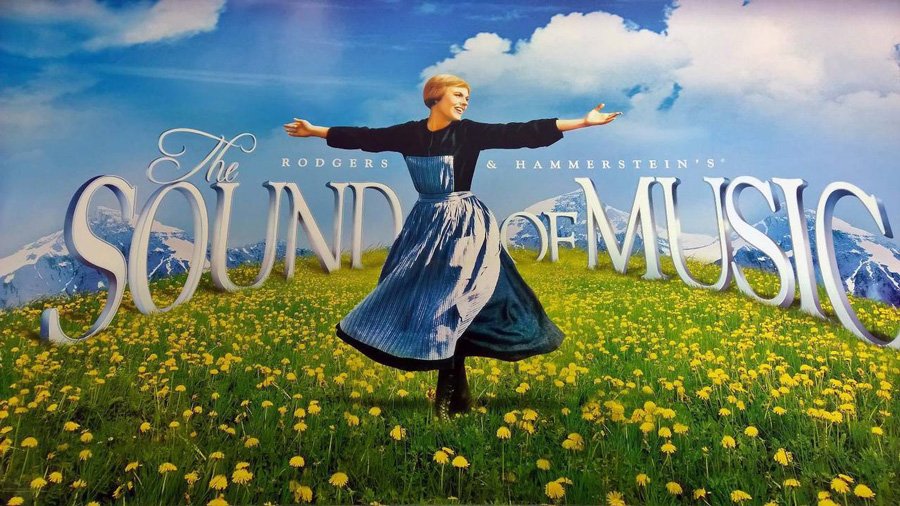 Perhaps one of the most beloved musicals of all time thanks in main part to its movie adaptation, The Sound Of Music was the last collaboration of Richard Rodgers and Oscar Hammerstein II. These two incredible musical writers would not only pick up where Showboat! left off and change the face of musicals forever, they would write musicals on a range of subjects that would be as timeless as the incredible music that accompanied them.

The Sound of Music was no exception. With a book by Howard Lindsay and Russel Crouse, The Sound Of Music is based on The Story of the Trapp Family Singers by Maria Von Trapp. The music is set in Austria in 1938, on the eve of the Anschluss. Maria is a novice who takes a job as a governess at the behest of her Mother Superior. I’ve never met anyone who doesn’t know the plot so let’s just say that love conquers all and in the meantime most of us can sing Edelweiss, My Favourite Things, Do-Re-Mi and The Lonely Goatherd from memory such is the effect of this musical on most of our lives.

Opening on Broadway in 1959, The Sound Of Music won five tony awards including Best Musicals, it opened in 1961 at the Palace Theatre where it ran for 2385 performances and in 1965 it was adapted for the cinema starring Julie Andrews and Christopher Plummer winning five Academy Awards.

Oscar Hammerstein died of cancer nine months after the show’s Broadway premiere, leaving Rodgers to write I Have Confidence and Something Good for the movie when the decision was made to omit How Can Love Survive, No Way To Stop It, and An Ordinary Couple.

The Sound Of Music has earned over $286 million at the cinema box office and counting. Productions are staged around the world every day and the show’s over-ridding message of hope continues to capture the hearts of audiences.

The link below will take you to the Rodgers and Hammerstein Organisation. They have an amazing page that will tell you everywhere The Sound Of Music is playing just in case you need another visit!

FIND OUT MORE ABOUT THE SOUND OF MUSIC