As Tom Chambers joins the cast of Elf The Musical at the Dominion Theatre, London this Christmas, further casting has also been announced for this limited season from 14 November 2022. 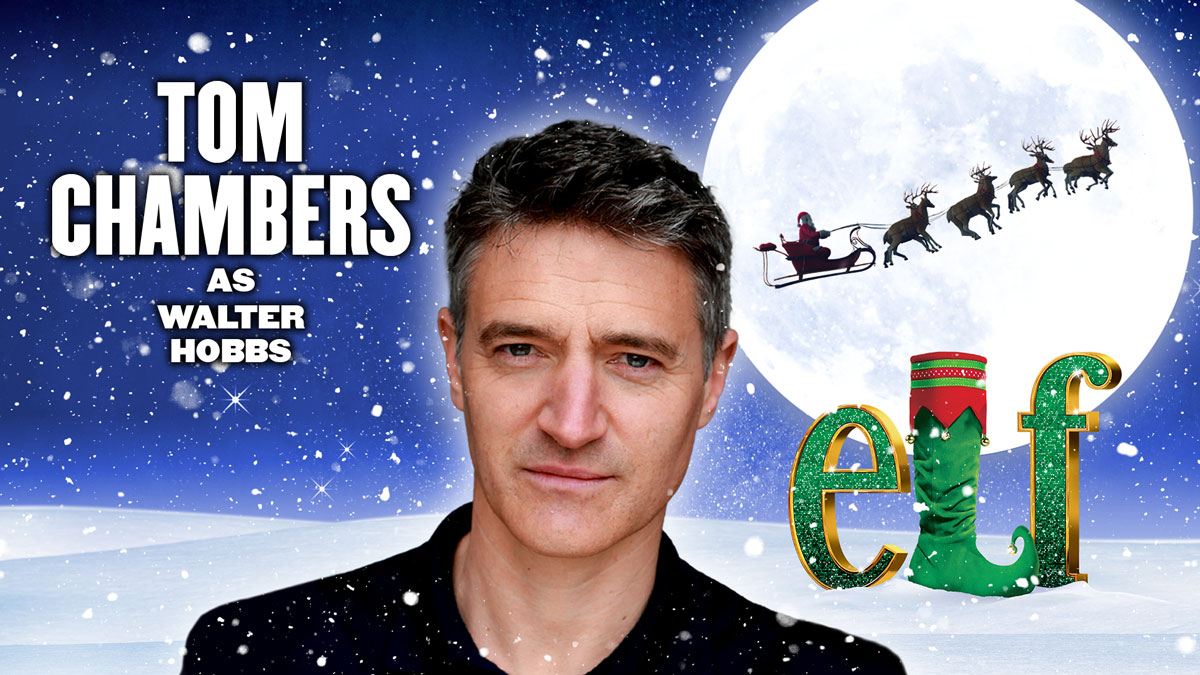 Tom Chambers will be playing the character Walter Hobbs, the rediscovered father of Buddy, in ELF, the smash hit musical that returns to London in a new production at the Dominion Theatre for a strictly limited 8-week season. ELF will begin previews on 14 November and open on 24 November 2022, with the season finishing on 7 January 2023. Tom Chambers’ credits include (Holby City (BBC), Waterloo Road (BBC), Father Brown (BBC), Jerry Travers in Top Hat (West End), Bob Wallis in White Christmas (West End)).

The new production will be directed by Philip Wm. McKinley, with original set and costume design by Tim Goodchild, choreography by Liam Steel, lighting design by Patrick Woodroffe, sound by Gareth Owen, video design by Ian William Galloway and wig and hair design by Richard Mawbey.  Casting is by Grindrod Burton Casting.

ELF is the funny and charming tale of Buddy, who mistakenly crawls into Santa’s bag of gifts as a baby and is transported back to the North Pole and raised as an elf! Unaware that he is actually human, Buddy’s enormous size and poor toy-making abilities finally cause him to face the truth and realise he’ll never belong in the North Pole. With Santa’s permission, Buddy embarks on a journey to New York to find his birth father, discover his true identity and help New York remember the true meaning of Christmas.

Further casting is to be announced.