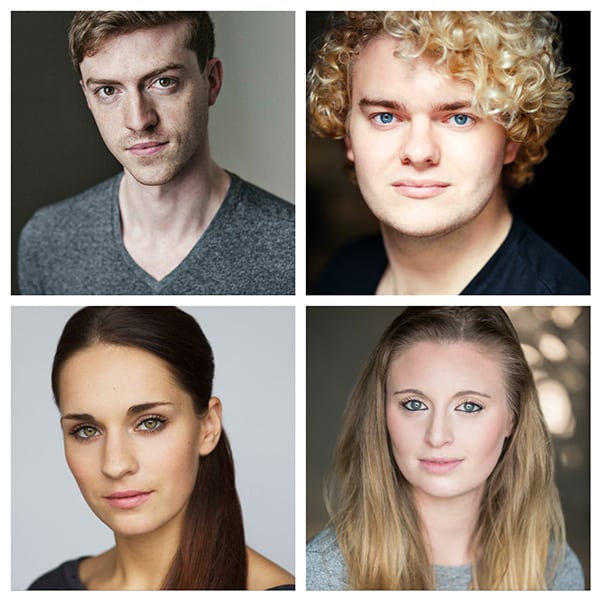 One of the more original musicals seen in recent times is coming to the Waterloo East Theatre. [Title Of Show], with music and lyrics by Jeff Bowen and Book by Hunter Bell will play for a limited season in September presented by SR Productions.

[Title of Show] has music and lyrics by Jeff Bowen & Hunter Bell. The musical received a Tony Nomination for the best book of a musical. [Title of show] began life in 2004 as an entry into New York’s Musical Theatre Festival. With three weeks to go before the submission deadline, and knee-deep in balled-up show ideas, the struggling writer-composers decided to write a musical about two struggling writer-composers trying to write a musical with the help of their two best friends. In short it’s a musical about two guys writing a musical with countless musical theatre references. It’s a show that feels like a rummage through the dressing-up box of Broadway history and is an inventive, fresh musical that chronicles its own creation & the lives of these four characters as they strive to make their show a success. [Title Of Show]’s cast includes Daniel Mack Shand as Jeff, Louie Westwood as Hunter, Chloe Hawkins as Heidi and Malindi Freeman as Susan.

[Title Of Show] plays at Waterloo East Theatre for a limited season from 6 – 25 September 2016.

BOOK NOW FOR [TITLE OF SHOW]