Richard Mawbey chatted to BritishTheatre.com this week to talk about his career and to get an insight into the world of theatrical wig-making.

Richard Mawbey has been working in the theatre industry making people look fabulous for over 40 years. His company Wig Specialities is paused at the moment due to the pandemic, but like the rest of us he is already gearing up for the shows that we re-open the West End.

What was the first show you saw in the theatre?
The first show I saw was The Pirates of Penzance at Golders Green Hippodrome.

How did you get started creating wigs for theatre?
Through working as Personal Assistant and Hairdresser to Danny La Rue for ten years.

Working with Danny La Rue must have been a challenge. What was involved in keeping him looking fabulous night to night? There must have been a mountain of maintenance!
The maintenance on La Rue was endless. Particularly when In Aladdin at the London Palladium he wore 19 wigs in each performance and we did matinee and evening every day from 19th December until the end of March.

What are the challenges you face creating wigs for theatre? Are shows relying on wigs more in current times?
Theatre wigs need to look good but need to be made stronger than film wigs because of the time they have to last and yet still look natural.

Shows, particularly musicals rely on wigs because the performers are often required to play various different characters in one evening.

Do you have favourite shows you have worked for?
I’ve loved so many but I think La Cage Aux Folles, Hairspray, The Producers, Fiddler on the Roof, Mrs Henderson Presents, 9 to 5 and Evita are my Favourites.

Do you have any funny moments related to the work you do?
Many!

Have you ever had any absolute wig disasters either pre or during a performance?
I had a Danny La Rue wig fall back and hang off his head during a Preview of Hello Dolly! in Birmingham.

If you were to write a musical about your life what would it be called?
The show could be called On Your Head Be It.

How have you been keeping busy / motivated during the lockdown?
During lockdown, my business has been closed so I have taken time to continue writing my autobiography. 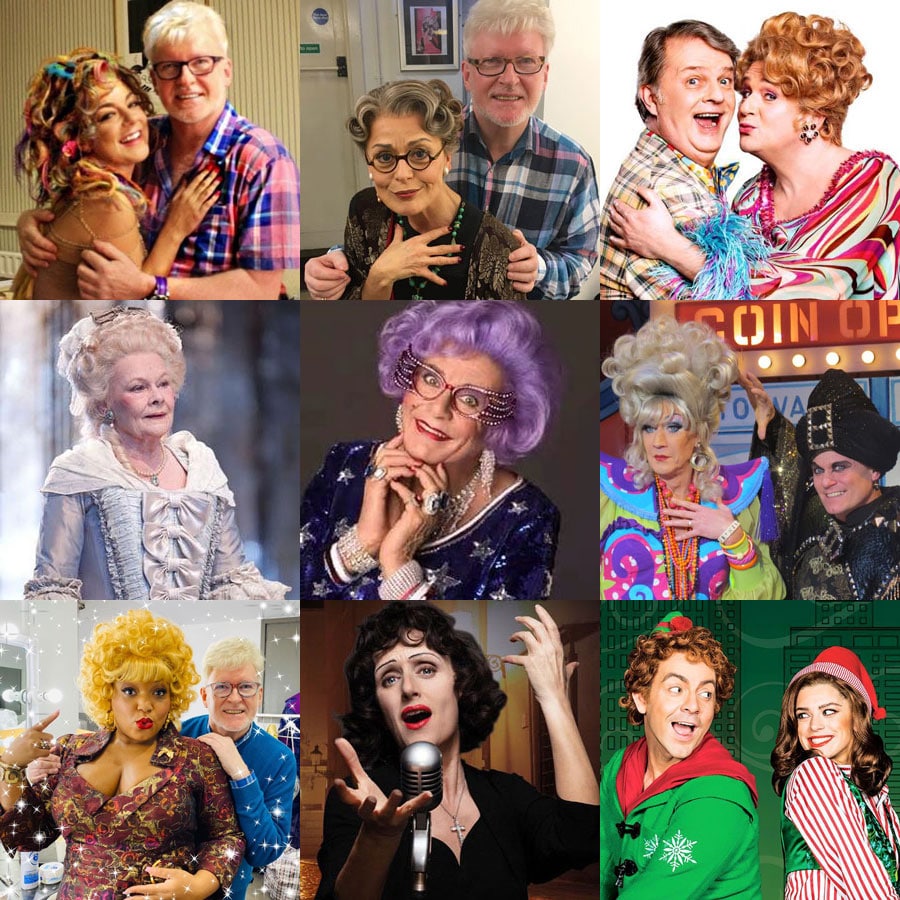 With lockdown almost at an end, Richard has productions all over the UK that will require his expertise including Hairspray, Waitress, Joseph and the Amazing Technicolor Dreamcoat at the Palladium and 9 to 5 the musical on tour.

Says Richard: “No one goes to a careers meeting at school and says, ‘I want to be a wig maker,’ it somehow happens to them. It happened to me when Danny La Rue walked into my salon to have his hair done in the late 70s.

What I do, in most cases, should not be noticed. If you read a review of a production, a critic will only mention a wig if there is something wrong with it. The mark of a good wig is when you don’t even know it’s a wig.”