Sarah Day talks to Keziah Joseph currently appearing as part of Mojisola Adebayo’s Family Tree, a new play about the life and legacy of Henrietta Lacks premiering at Greenwich+Docklands International Festival before a transfer to the Young Vic in 2022. 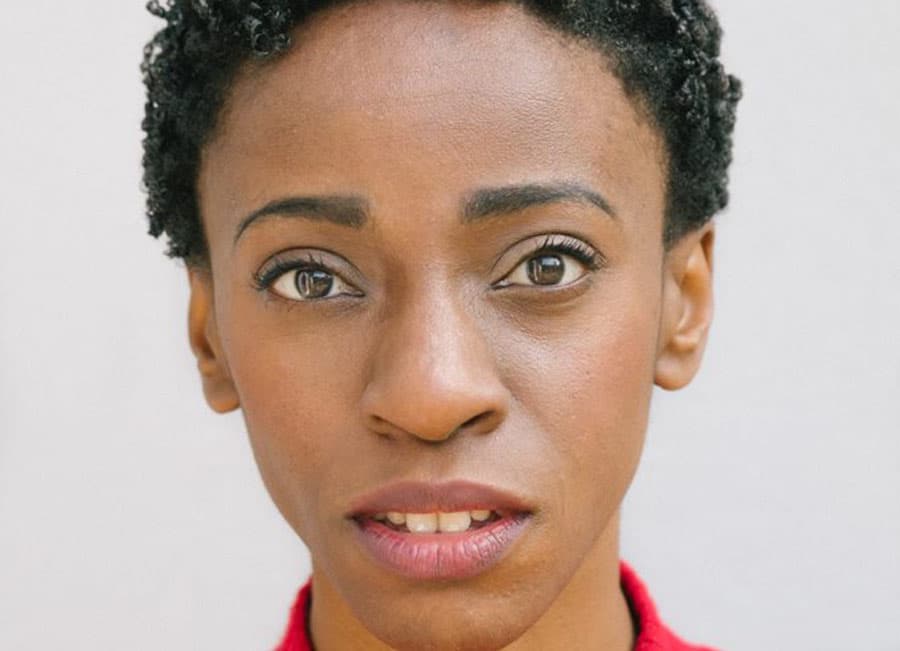 What was your first ever show that you did as a kid, and what was it that got you into the theatre world?

Probably the Nativity – I was an angel and the thing I remember the most was the importance of everyone’s costumes, otherwise I had no idea what was going on. It was a play about Sherlock Holmes in year 5 that got me into theatre though. That’s when I knew I wanted to be an actor.

Congratulations on being part of ‘Family Tree’! Tell us about the show and the role you play in it.

It’s really important so come and see it! I play a couple of roles – an NHS nurse called Bibi who does a very good Beyonce impression, and Betsey, one of the first enslaved women to be forced into gynaecological experiments by Dr Sims in the 1800s.

How has it been working on a show in the middle of a pandemic – audition and rehearsal process? Have you had any obstacles you have had to overcome?

It’s been a much shorter rehearsal process than usual, but in a way, less of a chance of it being cancelled! I’m amazed by what we’ve made in that time and in awe of this team of actors and creatives!

What is your process when you get into character for a show?

I love finding their physicality and mining the script for details and facts about them! Looking for the treasure that just connects you to them and makes you go, ‘yes! Now I know how to tell your story’

Why is theatre important to you?

Lockdown and restrictions are almost over – how did you keep creative through it?

Actually, I found it very stimulating of creative ideas for projects and of my imagination in general. I started writing a lot more – first performance poetry, then scenes for plays. Also collaborations over zoom and a lot of virtual R&Ds!

Tell us about one of your best/funniest memories on stage?

In one show, I didn’t fasten my skirt properly during a very quick change and could feel it loose throughout the next scene. I basically was having to hold it up, then there came a moment where I just couldn’t anymore and had to release it and it fittingly was on my line, “you will take notice of me, Hareton!” It was such a relief for me, but also made everyone laugh and achieved my character’s objective too! That’s what we liiiiike!

It has been a really tough year for new actors graduating into the industry. What advice would you give to all the new graduates?

Keep your head! Quite literally, prioritise your mental, physical and emotional health. Do what brings you joy! Don’t despair, you’re not alone, we are all adjusting and this is a good time to think outside of the box. As ever, try not to compare yourself to others! This is a marathon, not a sprint so just keep up your ‘training’.

Finally (without giving too much away!) why should our British Theatre community come and see ‘Family Tree’?

Because you’re likely to learn something new! Because these women’s stories are incredible and need to be heard!

Because Henrietta Lacks has probably affected your life in some way without you realising and now you can meet her!

FIND OUT MORE ABOUT FAMILY TREE