This week on Throwback Thursday we spoke to actor Alastair Natkiel about his career and his new enterprise The Actors Coach.

I think it was a local ‘Gang Show’ that I did as a member of the Cubs. I played a fishmonger and sang that well known classic, The Whelk Song. My mum still has a picture of me in the costume on the wall at home. 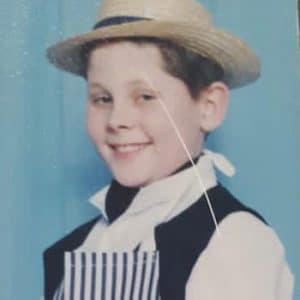 I was in a number of local shows like that as well as school productions etc. My parents were in the industry (Dad, a director and my Mum had trained as an actress) so theatre and tv were what we knew as a family. We came to London and saw Les Mis at a young age and I just thought “that’s what I want to do”. Sadly that show hasn’t come around for me yet. There’s still time but I think Enjolras might just have passed me by…

2) Things have changed a lot for everyone in the industry. Tell us about how you’ve managed to combat and adapt to this in terms of auditions and rehearsals for new projects.

Zoom, in a nutshell. I did a monologue as part of Coronavirus Theatre Club during the first lockdown, which went out live on Twitter. A terrifying experience! But we rehearsed the whole thing over Zoom (myself and director, Joshua Goodman) and now we’re having further Zoom meetings with the writer, E. L. Norry, to develop it into a one-man show we hope to produce properly when we can.

3) You work in both theatre and TV, including playing the role of Lee Banks in the incredible BBC drama ‘Line of Duty’. How does working on screen differ from theatre, and do you have a preference?

It’s hard to say if I have a preference. They both have things I love about them, as well as different pressures to get used to. 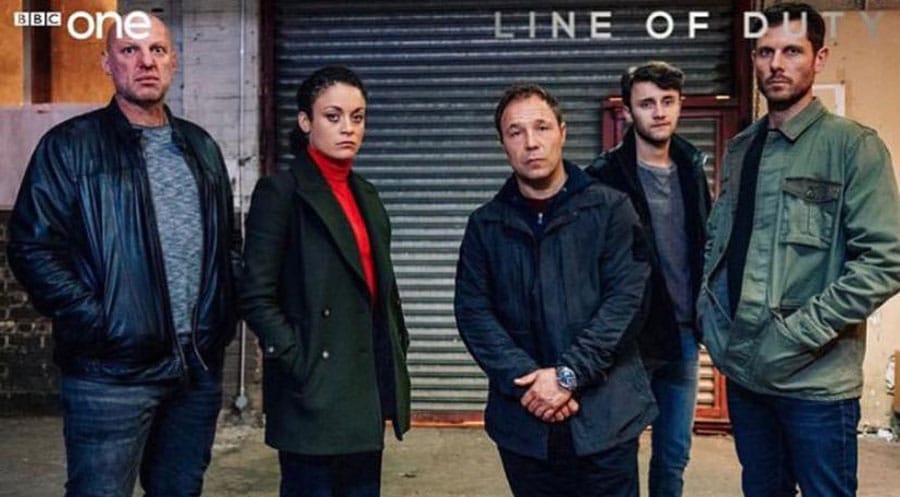 It’s amazing to be involved with a hit show like ‘Line of Duty’, especially when it feels like the whole country is talking about it as it goes out.

4) How have you kept creative and focused throughout this pandemic?

As well as the monologue I mentioned, I have continued with my weekly screen acting class (run by Mixing Networks on Zoom) and have started writing a film. I’ve wanted to write for ages and finally came up with an idea that I think might be alright.

5) You also have your own company, The Actors Coach. Tell us about how this started and about the work that you do with actors.

I have taught for years – at my own stage school (Make Believe Rotherhithe) and in various other areas. So I have a lot of experience and when lockdown hit, I wanted to provide a service for actors to be able to keep working on their skills and stay sharp in the absence of group classes. Hence starting The Actor’s Coach.

I work 1-2-1, over Zoom, on tv scripts, self-tapes, monologues, drama school prep, acting through song etc. Whatever anyone wants to focus on really! 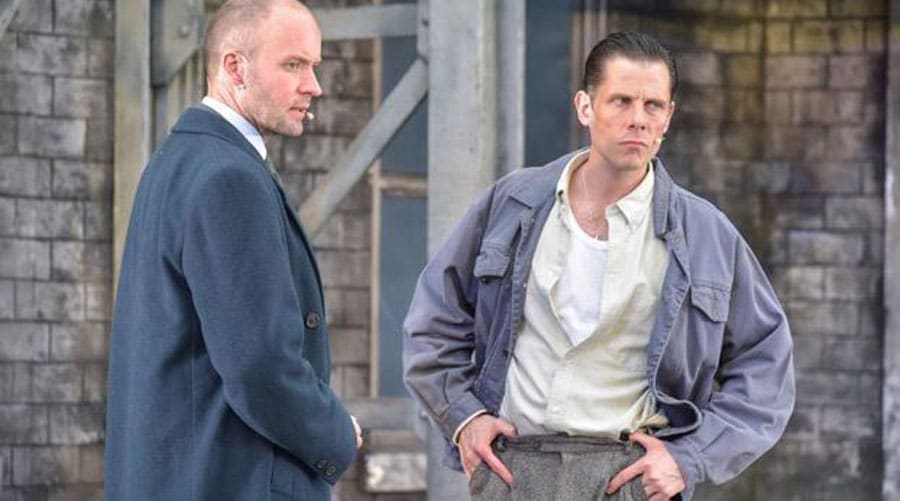 6) Tell us about one of your best/funniest memories on stage?

There are lots of funny memories that I might get in trouble for divulging. But I’ll never forget being made to corpse in my very first scene of my very first night in the West End. Again, I won’t name the culprit but it was ‘Shrek the Musical’ and he was very green. You can figure that out if you want to.

However, that night probably provided me with my best memory too. As I looked out at the end of “Freak Flag”, I saw my family and friends who were watching jump to their feet and go mad in applause. It had taken me 7 years of auditioning to make it on to a West End stage and it felt like a huge amount of hard work and heartache had paid off. I still feel emotional when I think about that.

7) What three things can we always find in your dressing room? I.e Lucky charms…things that help you on stage…blue m&ms..

Erm…I’m not really superstitious so don’t have anything that is always with me. I love an opening night card so any card I receive will always be pinned up somewhere. And slippers. Always have slippers.

8) What is your favourite play you’ve read recently?

A play called ‘Straight White Men’ which I auditioned for earlier in the year. Sadly I didn’t get the job but it’s a fascinating play.

9) If your life were a play what would it be called, and why?

‘Left To The Last Minute’. I don’t think that needs much explaining!

Any actor needs to be resilient, but maybe current graduating students need to be more so than any others in previous times. I firmly believe the industry will come back strong, so don’t be disheartened by a current lack of opportunities. Instead, get out there and look to create your own. Stay positive, persistent and most importantly, patient. An acting career is a funny old journey of ups and downs – if you really want it, stick with it, work hard and your time will come.