Theo James and Jonathan Slinger are to join the cast of Josie Rourke’s production of award-winning musical City Of Angels at the Garrick Theatre. 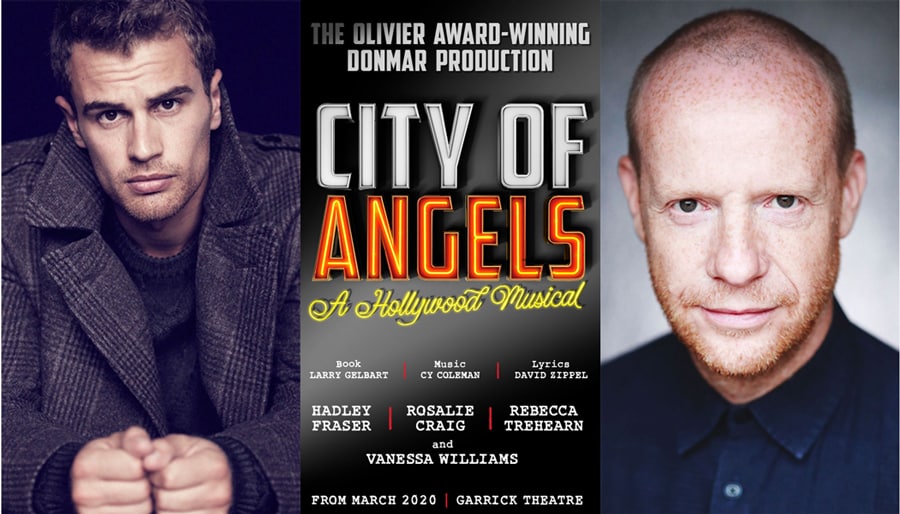 Award-winning Hollywood actor, Theo James, best known for playing Four in Divergent, Insurgent and Allegiant, will be joining the cast as Stone and stage actor Jonathan Slinger (various roles at the RSC and Charlie and the Chocolate Factory) as Buddy / Irwin.

Josie Rourke, Director of City of Angels said: “I’m thrilled that two more phenomenal actors have joined this wonderful company. I knew Theo was a terrific actor, but I had no idea he was also in possession of such an exceptional singing voice. He and Hadley Fraser will be dynamite playing opposite each other.
Jonathan Slinger is one of our finest actors, and I’m so happy to be working with him at long last. I think he will bring a magnetic danger to the role of this Hollywood Mephistopheles, Buddy Fiddler.”

Nica Burns, Producer of City of Angels said: “This superb cast lead by seven outstanding artists, will sizzle in this classy, exciting, multi-award-winning musical. Josie Rourke’s wonderful production of City of Angels will fly even higher at the Garrick. We are so excited.” 2

City of Angels will play at the Garrick Theatre for a limited season, with previews from Thursday 5 March 2020, reuniting the production’s entire creative team.

BOOK TICKETS FOR CITY OF ANGELS