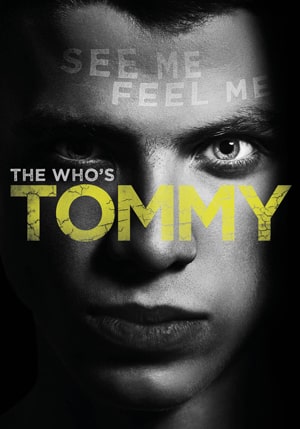 The Who’s Tommy will return to London for a limited run at the Greenwich Theatre twenty years after it’s last production in London. The production of the classic rock musical will mark the 40th Anniversary of the film and will celebrate The Who’s 50th Anniversary.

The Who’s Tommy is staged and directed by award-winning director Michael Strassen with choreography by Mark Smith, musical direction by Kevin Oliver Jones, design by Nik Corral and lighting design by David Howe. It is produced by Katy Lipson for Aria Entertainment, Guy James, and Ilai Szpiezak for Szpiezak Productions in association with Greenwich Theatre.