The Tiger Who Came To Tea will return to the Theatre Royal Haymarket for a strictly limited season this summer. 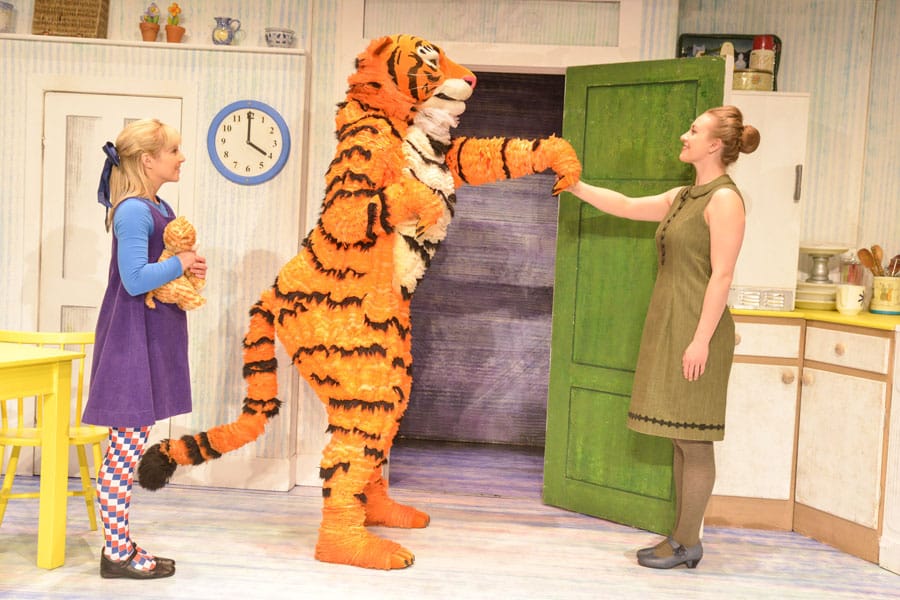 The Olivier Award-nominated stage production of The Tiger Who Came to Tea today announces an 8-week summer season in the West End for 2020, returning to Theatre Royal Haymarket following its hugely popular 2019 Christmas run. A musical play adapted and directed by David Wood OBE, based on the classic tale by the late Judith Kerr OBE, The Tiger Who Came to Tea will open in London on Thursday 16 July, playing until 6 September 2020. This will be the production’s 7th West End run and marks its 12th year on stage.

Hailed as Britain’s best-loved picture book, The Tiger Who Came to Tea is now in its 52nd year, selling over 5 million copies since it was first published in 1968. Enchanting generations of children worldwide, Judith Kerr’s timeless classic received its television debut on Christmas eve (2019), with a hand-drawn animation for Channel 4 featuring an all-star cast including Benedict Cumberbatch, David Oyelowo, Tamsin Greig, Paul Whitehouse and David Walliams with original music by Robbie Williams.
The doorbell rings just as Sophie and her Mummy are sitting down to tea. Who could it possibly be? What they certainly don’t expect to see at the door is a big furry, stripy tiger!
When Sophie and her Mummy welcome the hungry Tiger to tea, he proceeds to eat all the sandwiches, buns, biscuits and more. He even manages to drink all the water in the tap! What will Sophie’s Daddy say when he gets home?
Join the Tiger, Sophie and her Mummy and Daddy, in this musical slice of teatime mayhem with sing-a-long songs, oodles of magic and interactive fun. The show is an ideal introduction to live theatre for children aged three and above and the perfect summer treat for the whole family.
The Tiger Who Came to Tea is a musical play adapted and directed by David Wood, based on the best-loved book by Judith Kerr, designed by Susie Caulcutt, assistant director/choreographer Emma Clayton, music arranger & supervisorPeter Pontzen, magical illusions designed by former President of the Magic Circle Scott Penrose, lighting design by Tony Simpson and sound design by Shock Productions. The 2020 summer West End cast includes: Jocelyn Zackon as ‘Sophie’; Lizzie Dewar as ‘Mummy’; David Scotland as ‘Daddy’/’Milkman’/‘Postman’/’Tiger’, with Sarah Horton(Understudy/Wardrobe) and Glen Newham (Understudy/ASM). Produced by Nick Brooke Ltd by arrangement with Phil Macintyre Entertainments Ltd.
BOOK TICKETS FOR THE TIGER WHO CAME TO TEA