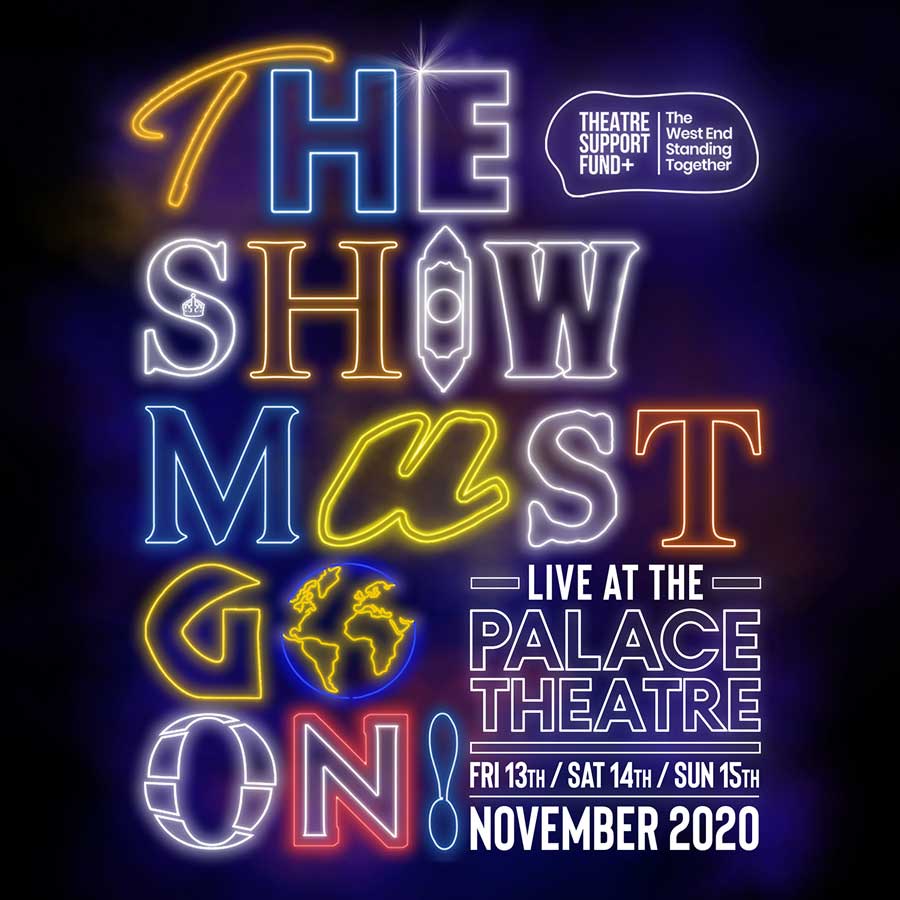 The Show Must Go On! Live At The Palace Theatre will be a concert celebrating the wealth of West End talent with all profits going to Acting For Others and The Fleabag Support Fund. The concert will be a collection of cast performances from West End shows. Shows confirmed to perform include & Juliet, Come From Away, Dear Evan Hansen, Everybody’s Talking About Jamie, Mamma Mia!, The Prince of Egypt, Six, Tina – The Tina Turner Musical, and Wicked. Further shows and an all-star cast will be announced soon! Tickets are on sale now for extra shows added by popular demand.

The Show Must Go On! Live At The Palace Theatre will be the first show to reopen The Palace Theatre as part of Nimax Theatre’s autumn season of socially distanced shows. Two extra concerts are now being held on 11 and 12 November 2020.

Nimax Chief Executive Nica Burns said today, “We are delighted to be hosting these special concerts: The Show Must Go  On Live!  at the Palace Theatre where all profits will be going to theatre charities.  It warms the heart to see all these fantastic  West End shows coming together to benefit our community.  A big thank you to everyone taking part on stage and off and a special shout out to the producers, The Theatre Support Fund+ and Take Two Theatricals for making it happen.  Please rush to buy tickets and help out whilst enjoying a wonderful, socially distanced evening!”

The concert will be directed by Luke Sheppard and Anna Fox, Set Design by Soutra Gilmour Lighting Design by Neil Austin and Howard Hudson, Video Design by Fray Studio, Sound Design by Adam Fisher and Musical Supervisor and Conductor is Stephen Brooker.

Capacity at the Palace Theatre has been reduced to comply with COVID-19 Secure guidelines for social distancing plus robust risk mitigation. In addition to hand sanitation, face coverings and track and trace, other measures will include contactless tickets, temperature testing and the deep clean and sanitation of the theatre.

BOOK NOW FOR THE SHOW MUST GO ON! LIVE AT THE PALACE THEATRE