Ramin Karimloo, Lucie Jones and Jac Yarrow are to star in a concert presentation of award-winning musical The Secret Garden at the London Palladium on 4 April 2020. 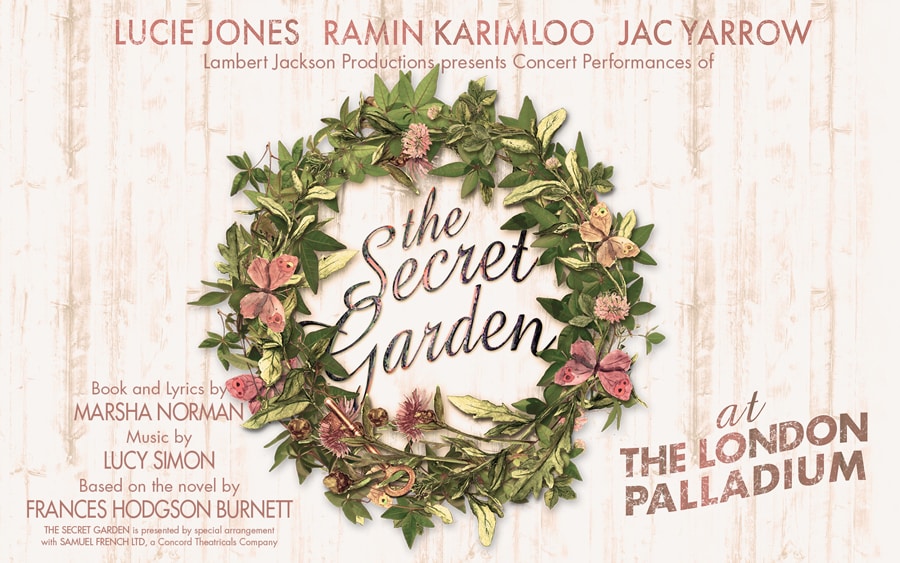 Mary Lennox is a ten-year-old girl sent to live with her uncle, Archibald, when her parents die from cholera in India. Quite the curious explorer, and often finding herself in trouble. Stubborn and always fighting for what she believes in.

Colin Craven is Archibald’s ten-year-old son. Spent his life in bed due to a heart condition. He is very stubborn and throws temper tantrums to get what he wants. He believes his father hates him for causing Lily’s death.

When young Mary Lennox loses her parents to a cholera outbreak in India, she is sent to live with her uncle, hermit Archibald Craven, in an imposing, secluded manor. Since her aunt Lily’s death, Mary’s uncle has pushed away his surviving loved ones, leaving his bedridden son, Colin, alone. Sickly Colin, hidden away in the depths of the manor, bears the guilt of his mother’s death on his crippled shoulders. When Mary discovers her Aunt Lily’s hidden garden, locked shut and overgrown with vines, stubborn Mary is determined to revive the beauty that once was.

The producers have announced a search to find talented young people to star as Mary Lennox and Colin Craven. All applicants must enter via video and must be available for rehearsals and performances in London, Monday 30th March to Saturday 4th April 2020. This is a paid opportunity. Please send a one-minute video of you singing a song of your choice in the style of the show, and a short clip of you performing a monologue in a neutral British accent to eliza@lambertjackson.co.uk by Monday 6th January 2020

Jamie Lambert and Eliza Jackson today said, “The Secret Garden is one of the most wonderful pieces of storytelling, and we feel so lucky to be able to present this stunning musical adaptation in a concert setting. With book by the exceptional Marsha Norman, stunning music by the beautiful Lucy Simon (who we worked with on our recent concert production of Doctor Zhivago) together with this all-star cast, this is going to be a truly extraordinary theatre experience.”

BOOK TICKETS FOR THE SECRET GARDEN