Metta Theatre and Aria Entertainment have joined forces to produce new British musical The Rhythmics. The cast album for this new life-affirming musical was recorded in lockdown. Listen to the first track today. 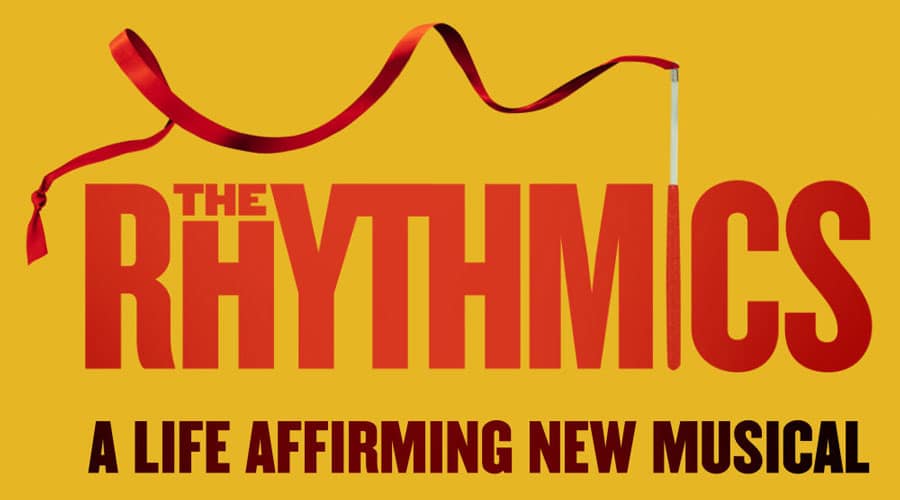 Metta Theatre and Aria Entertainment – two of the UK’s leading production companies devoted to British musical theatre – are pleased to announce that they are joining forces to produce a brand-new life-affirming musical The Rhythmics. With book and lyrics by Metta’s Artistic Director Poppy Burton-Morgan, and music & lyrics from Stiles&Drewe award winner Ben Glasstone (Reanimator), The Rhythmics explores the crisis of masculinity via a collection of oddballs belting their way through a thrillingly catchy guitar-led score.

Hapless single-dad Grey is in a rut. Teenage daughter Silva packs him off to revive his rockstar dreams, successfully auditioning for ‘Nick & the Rhythmics’ only to realise… he’s actually signed up for an All-male Rhythmic Gymnastics troupe. Against the odds these burly blokes make it as far as the World Championships – twirling their ‘ribbons of fire’ – and along the way Grey finally learns to commit to life. Calendar Girls meets Full Monty in this joyous new British musical.

Thanks to emergency support from Arts Council England, a hugely successful Crowdfunder campaign, which exceeded its original target, alongside Metta Theatre reserve funds, the producers have been able to record the entire cast album (under socially distanced rules in the studio). Artists involved include Neil McDermott (EastEnders, Pretty Woman) and Olivier award nominee Kelly Price (A Little Night Music, Sunday In the Park With George).

The producers are pleased to be able to release the first exclusive track ‘Waiting To Begin’ ahead of the full release of the album on Spotify and iTunes in August, as well as an accompanying video.

‘Waiting To Begin’ (one of the winners for the Stiles & Drewe song prize 2019) is sung by Stage debut Award winner Sam Thomas (‘Connor’) and Kinny Gardner (‘Sid’). In this number, Connor and Sid are two members of Nick and The Rhythmics – Manchester’s premier all-male rhythmic gymnastics performance ensemble. Despite the 40-year age gap they find each-other bonding together in the pub, over their shared sense of never having quite found their ‘thing’ in life. The video includes footage from a 2019 workshop, as well as Thomas and Gardner recording in isolation at home in June.

As well as the cast album, the producers are working on a full music video of the track ‘Got Your Back’ with fully integrated BSL choreography from Mark Smith (Artistic Director for Deaf Men Dancing), as well as captioning, in order to make it fully accessible to deaf and hard of hearing audiences. This will also be released in August.