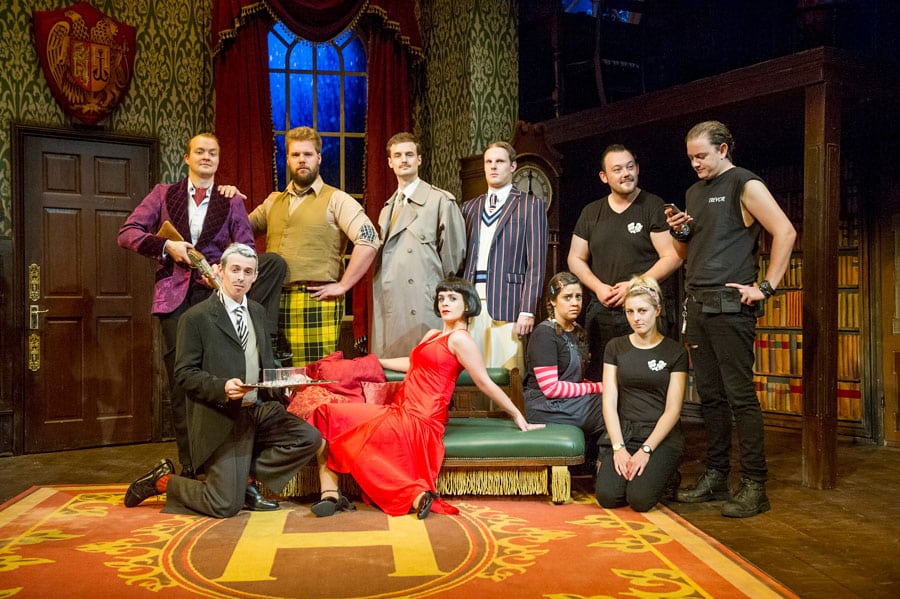 The Play That Goes Wrong, the Olivier award-winning play that has audiences flocking every day to the Duchess Theatre in London with morbid fascination have announced that much to the horror of Nica Burns at Nimax Theatres the show will extend into its third year with bookings now open until 25 February 2018.

Cornley are now working with Mischief Theatre to bring this unique production to even more people. Audiences worldwide are now watching in horror as the members of the Cornley Polytechnic Drama Society desperately try to recruit more people to their amdram group to cope with demand for their play little realising the cause for the laughter they are receiving.

‘We are baffled that audiences continue to visit the ever failing Cornley Polytechnic Drama Society at the Duchess Theatre in the West End. We really hoped to cut costs this year with only one set of terrible actors having to perform. Regrettably, this year will see the Broadway, West End, Australian and UK tour casts all forget their lines, miss their cues and have on-stage arguments.’

Starting at a London fringe venue with an audience of four, The Play That Goes Wrong has now played to over 250,000 gobsmacked patrons!

BOOK NOW FOR THE PLAY THAT GOES WRONG