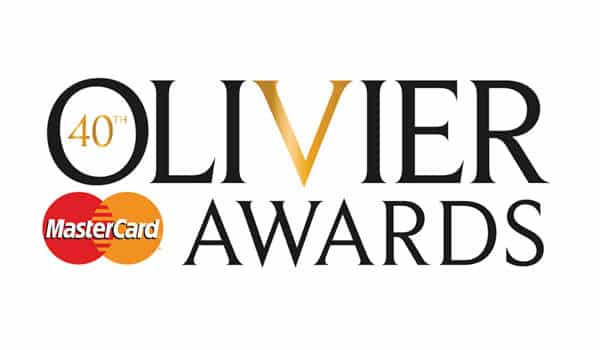 CLICK HERE FOR THE WINNERS OF THE 2016 OLIVIER AWARDS

We’ve put together a guide for theatre fans to give you an idea of what to expect at this years Olivier Awards which are being held tomorrow.

WHERE ARE THE OLIVIER AWARDS BEING HELD?

The Olivier Awards are being held at the Royal Opera House in Covent Garden. Stars will start to walk the red carpet at 16.45 leading up to the 6.30pm ceremony.

WHO IS PRESENTING AT THE OLIVIER AWARDS?

WHO IS NOMINATED AT THIS YEAR’S OLIVIER AWARDS?

WHO WILL BE PERFORMING AT THE 2016 OLIVIER AWARDS?

As previously announced, Grammy Award and Tony Award winner Cyndi Lauper will perform both on her own and in a unique collaboration. Kinky Boots, with music and lyrics by Lauper, is nominated for seven Olivier Awards.

Also as previously announced, Jack Savoretti will perform Sonnet 18 at the ceremony to mark the 400th anniversary of Shakespeare’s death. His performance will be introduced by Rory Kinnear, the last person to win an Olivier Award for a Shakespeare role.

The evening will feature exclusive performances from all four nominated productions in the Best Musical Revival category. Best Actress in a Musical nominee Imelda Staunton will open the show performing a number from the multi-Olivier Award-nominated show Gypsy. Casts from Bugsy Malone, Guys And Dolls and Seven Brides For Seven Brothers will also perform.

Additionally, all four nominees for MasterCard Best New Musical will be performing. Theatre fans can expect dazzling performances from Bend It Like Beckham, In The Heights, Kinky Boots and Mrs Henderson Presents.

WHERE CAN WE WATCH THE OLIVIER AWARDS?

In the UK, shortly after the ceremony, extended highlights will be broadcast on ITV at 22:15. The full ceremony will be shown on ITV3 on Monday 4 April at 23:00. Both broadcasts will be available on the ITV Hub for the following 30 days. The ceremony will also be broadcast live on Mellow Magic, Magic Radio’s new digital station.

International audiences will be able to watch the full broadcast of the star-studded ceremony on the Olivier Awards new YouTube channel from 22:00 (BST) on Sunday 3 April.

WHO WILL BE PERFORMING IN THE OUTDOOR PIAZZA?

In a free public event, musical theatre stars Carrie Hope Fletcher and Michael Xavier will host the ITV Stage in Covent Garden Piazza. This will also be available to UK and international audiences to watch live on the Olivier Awards’ YouTube channel from 17:00-18:30 BST. There will be performances from the shortlisted shows for the Magic Radio Audience Award – Jersey Boys, Les Misérables, Matilda The Musical and The Phantom Of The Opera – as well as star turns from Murder Ballad’s Kerry Ellis, American Idiot, Breakin’ Convention Hip Hop Dance Festival: Myself UK, and Pro-Motion and West End Blend Choir.

All that’s left to do now is to work out your list of potential winners!