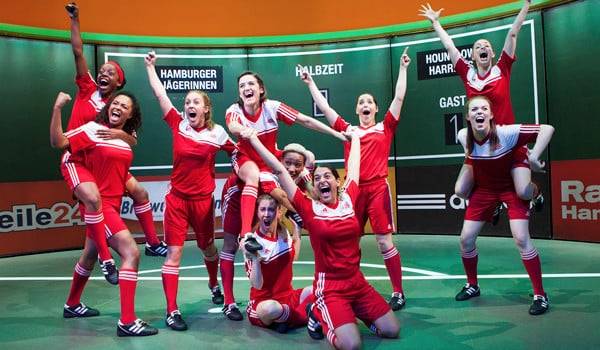 Bend It Like Beckham will play its final performance in London’s West End in six weeks.

Meanwhile, producers of the critically acclaimed musical are finalising plans for tours of India, Dubai and the UK.

The musical, directed by Gurinder Chadha, with original music by Howard Goodall, lyrics by Charles Hart and a new book by Paul Mayeda Berges & Gurinder Chadha, has played at the Phoenix Theatre since May 2015 and will close on 5 March 2016.

Gurinder Chadha said: ”I am incredibly proud of the Bend It Like Beckham cast, musicians, production and creative teams.

“We opened at the Phoenix Theatre to the most amazing five star reviews and we’ve inspired and entertained people of all ages and all backgrounds, something I have not seen in the West End for many years.

“Whether in the UK or abroad, Bend It Like Beckham will continue to defy expectations and proudly represent and celebrate the UK we all know and love.”

BOOK TICKETS TO THE FINAL WEEKS OF BEND IT LIKE BECKHAM