The Drifters Girl musical now playing at the Garrick Theatre London has extended its run to 12 February 2023 by popular demand. 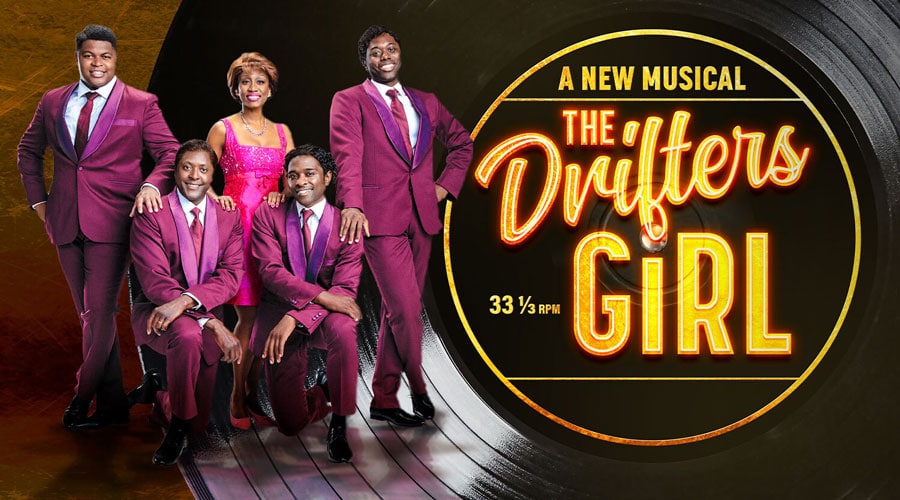 The Drifters Girl – the new musical which tells the remarkable story of one of the world’s greatest vocal groups and the woman who made them – is to extend its run at Garrick Theatre in London to Sunday 12 February 2023. The Drifters Girl musical tickets can be booked here.

The Drifters Girl has been thrilling audiences since beginning in Newcastle in October 2021. The show transferred to London’s Garrick Theatre in November 2021, and has continued to play to packed houses and nightly standing ovations.

The musical tells the story of Faye Treadwell, the legendary manager of The Drifters who, alongside her husband, fought for three decades to turn Atlantic Records’ hottest vocal group into a global phenomenon.

From the highs of hit records and sell-out tours to the lows of legal battles and personal tragedy, The Drifters Girl charts the trailblazing efforts of the world’s first African American, female music manager and how she refused to ever give up on the group she loved. Thirty years, and hundreds of hit songs later, there is no doubt that Faye Treadwell was and always will be, The Drifters Girl.

The UK’s Queen of Soul Beverley Knight plays Faye Treadwell, with Adam J Bernard, Tarinn Callender, Matt Henry and Tosh Wanogho-Maud as the iconic group. Beverley continues in the role through to Saturday 2 July, with casting from that date to be announced.

Adam J Bernard exploded into the West End limelight when he originated the role of Jimmy ‘Thunder’ Early in Dreamgirls, for which he was awarded an Olivier Award for Best Actor in a Supporting Role in a Musical.

Tarinn Callender originated the roles of Hercules Mulligan and James Madison in the West End production of the international musical phenomenon Hamilton. His other credits include the Olivier Award winning production of Come From Away.

Award-winning actor, singer, songwriter and artist Matt Henry won an Olivier Award for Best Actor in a Musical for his performance as Lola in Kinky Boots, for which he also received a Grammy Award nomination for the London cast recording.

Tosh Wanogho-Maud played Jimmy in the West End musical Dreamgirls. His other West End credits include Show Boat, The Book of Mormon and playing the role of Simba in The Lion King.

The Drifters Girl boasts an incredible soundtrack of some of the most famous songs in history, including Save The Last Dance For Me, Under The Boardwalk, Kissin In The Back Row Of The Movies, Stand By Me, Come On Over To My Place, Saturday Night At The Movies and many more.