The Bunker Theatre in Southwark has announced that it will close on 28 March 2020 due to redevelopment. 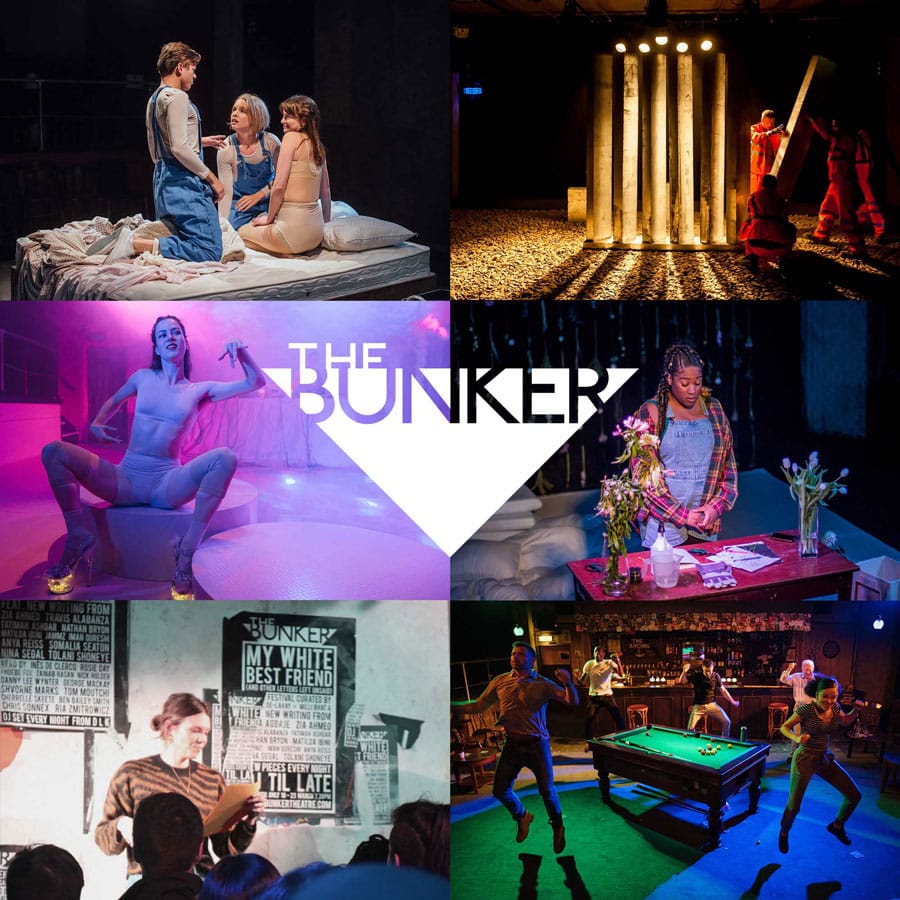 After an incredible tenure, The Bunker is closing its doors. Launched by founding directors Joshua McTaggart and Joel Fisher, The Bunker Theatre is a converted car park that has provided a safe, supportive and inclusive space for artists. In 2018, Artistic Director Chris Sonnex joined Executive Director David Ralf to lead the theatre. Due to proposed redevelopment of the site, The Bunker will present its final show at 53a Southwark Street on Saturday 28th March 2020, three and a half years after the theatre opened in October 2016.

Over the past three years, The Bunker has seen over 160 productions from single nights to month-long runs. This year 86% of writers and 90% of directors working in the theatre identified as women, and the majority of writers and directors working with the venue identified as being from a background underrepresented on UK stages. Having welcomed over 40,000 ticketholders through the doors, it has also made over 500 tickets available for free this year through Black Ticket Project and made £10 tickets available at each performance for under-25s which increased to under-30s in 2018.

Artistic Director Chris Sonnex comments, I’m incredibly proud of what The Bunker has achieved in such a small time and the achievements of the community of artists, producers and theatre professionals who have graced the underground theatre. This is why it is not with sadness that we announce our closure, but with pride. We had much more to do, but redevelopment means that we have to cut short our mission: to make a different kind of theatre, a theatre of inclusivity, transparency and kindness without losing any of our revolutionary soul. This may be the end for The Bunker in London Bridge, but it will be the place that launched careers, that supported people, that solidified crafts and provided incredible shows for audiences, whether you were a seasoned theatregoer/maker or had never made/been to the theatre before. You won’t get to experience The Bunker after early 2020 but I guarantee that you will see the theatrical ripples of what our community of artists, staff and audiences did for years to come.

Executive Director David Ralf says, Over the last three years, The Bunker has been home to all kinds of artistic, producing and operational experiments. Behind the scenes these were matched with our dramaturgical and producing support, our progressive and bespoke deals with producers, our co-productions – all in service of supporting and championing emerging and underrepresented artists. As we approach our final days at 53A Southwark Street, we will continue to champion artists with our Takeover Season, and it is my hope we will find a new space for The Bunker that will further empower and enable artists, and allow us to make further experiments to support them.

Founding Director Joshua McTaggart remarked, When we first received the keys for what is now The Bunker Theatre, along with a 6-month lease scrawled on the back of a flyer, I don’t think we could have quite imagined what the former underground car park at 53a Southwark Street would have become three and a half years later. In such a short amount of time, an incredible team of artists and theatremakers from a range of backgrounds and disciplines rallied together to transform that space into what it is today: a home for creativity, collaboration, risk-taking, and storytelling. I will be forever thankful for the team that worked tirelessly back in 2016 so that we could open those doors in the first place. We founded The Bunker with the idea of doing things differently, and I am privileged to have shared the journey of ripping up and rewriting the rulebook with so many talented individuals over the years. As with the ephemeral nature of everything we put on the stage, something unique is created, and that creative uniqueness must eventually come to an end. The same is true of The Bunker itself, and I will always be grateful that we had the opportunity, the support, and the good-will to create The Bunker.

While no future space has yet been identified, Bunker Theatre Productions CIC is looking to explore options for other spaces where it would continue to support, develop and champion emerging artists.