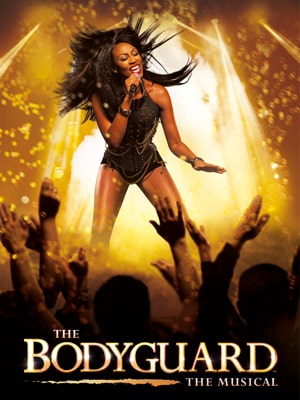 International hit musical The Bodyguard will return to the West End for a limited six month run with Beverley Knight once again as the lead.

Public booking will open on 12 February 2016 for performances beginning at the Dominion Theatre on 15 July 2016. This strictly limited season ends on 7 January 2017.

Based on Lawrence Kasdan’s 1992 Oscar nominated Warner Bros. film, Thea Sharrock’s production of The Bodyguard has book by Alex Dinelaris, choreography is by Karen Bruce, orchestrations by Chris Egan and is produced by Michael Harrison and David Ian.

A romantic thriller, The Bodyguard features a whole host of irresistible classics including Queen of the Night, So Emotional, One Moment in Time, Saving All My Love, I’m Your Baby Tonight, Run to You, I Have Nothing, I Wanna Dance With Somebody and one of the greatest hit songs of all time – I Will Always Love You.

Queen of British Soul Beverley Knight is a singer, songwriter and record producer. She has sold over a million albums in the UK. To date, she has won three MOBO Awards, an Outstanding Achievement Award at the Urban Music Awards, been three times nominated for Best Female at the Brit Awards, as well as for the prestigious Mercury Music Prize and was also awarded an MBE for her services to music and charity in 2007.

Thea Sharrock’s production of The Bodyguard received its world premiere at the Adelphi Theatre in November 2012 where it opened to critical acclaim with Heather Headley as Rachel Marron. Due to public demand the show’s run was extended.  In 2013 Beverley Knight joined the cast and took over the lead role.  The show continued to play to packed houses and released a further 300,000 tickets for sale. Alexandra Burke followed Knight as Rachel Marron in June 2014. She continues to play the role in the show’s UK and Ireland tour.