What long running show should you see first in London?

We have compiled this list to save you the trouble of working it out! It’s just our view – and everyone has one – based on our Reviewers’ thoughts. We will update the list regularly so that cast changes can factor into the mix.

Only Plays and Musicals which have been running for more than three years are included in this is list. 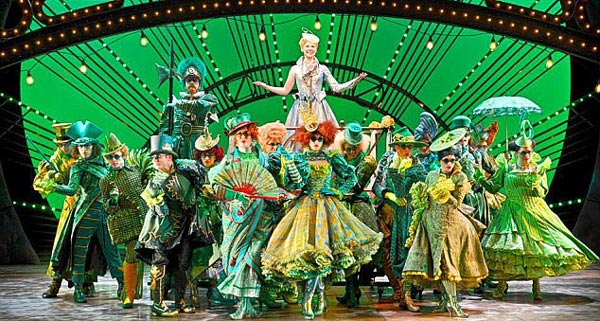 1. Wicked
Wicked is the prequel to The Wizard Of Oz. Long before Dorothy drops in, two girls meet in the land of Oz. One, born with emerald-green skin, is smart, fiery and misunderstood. The other is beautiful, ambitious and very popular.

Wicked tells the story of how these two unlikely friends grew to become the Wicked Witch of the West and Glinda the Good Witch. Wicked has become a phenomenon not only in London but across the world where it plays to capacity houses on a regular basis.
BOOK TICKETS FOR WICKED

2. Les Miserables
Cameron Mackintosh’s enthralling production of Les Miserables has been seen by over 70 million people, staged in 43 countries and in 22 languages all over the world. Les Miserables is now in its 30th year on the West End Stage and is officially the longest running musical in the world.

Victor Hugo’s beautiful and timeless tale of crushed dreams, unreciprocated love, sacrifice and salvation is brought to life on stage with music and lyrics by Boublil and Schonberg (Miss Saigon, Martin Guerre, Marguerite), and is still as gripping and vital as when it was first staged all those years ago.
BOOK TICKETS TO LES MISERABLES | READ OUR REVIEW 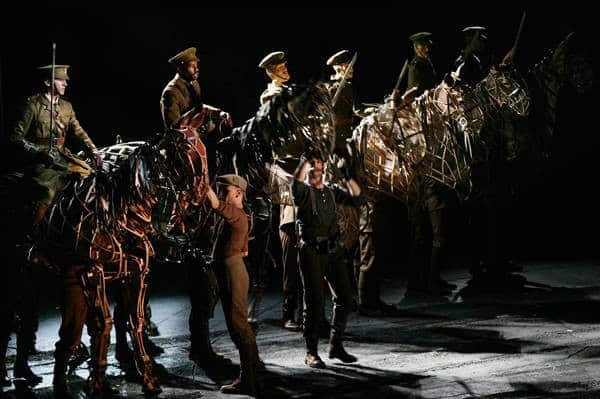 3. War Horse
Set against the turbulent times of the First World War, War Horse is the story of a boy (Albert) and his horse (Joey). It is a relationship that will see one follow the other into the depths of no-mans land in an attempt to bring his horse home safely. Audiences journey from Albert’s hometown of rural Devon to the trenches of First World War France.

War Horse is one of the most amazing theatrical spectacles on stage today. Working with life-sized puppets, this astonishing group of actors bring not only one horse to life but an entire cavalry regiment!
BOOK TICKETS FOR WAR HORSE 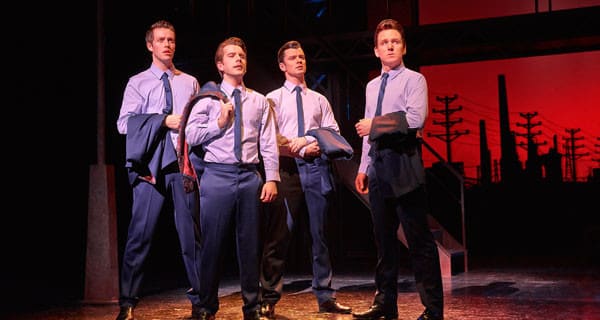 4. Jersey Boys
Jersey Boys is the true story of how four blue collar boys from Jersey went on to become international pop stars Frankie Valli and the Four Seasons. The band were inducted into the Rock and Roll Hall of Fame having sold 175 million records worldwide – all before they turned 30.

Jersey Boys contains some of the biggest pop hits ever including Beggin’, Sherry, Walk Like A Man, December, 1963 (Oh What a Night), Big Girls Don’t Cry, My Eyes Adored You,Let’s Hang On (To What We’ve Got), Bye Bye Baby, Can’t Take My Eyes Off You, Working My Way Back to You, Fallen Angel,Rag Doll and Who Loves You.
BOOK TICKETS TO JERSEY BOYS 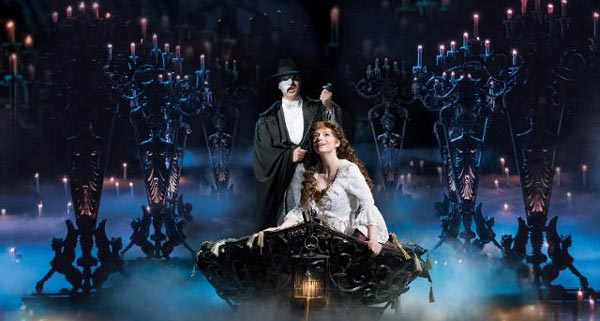 5. The Phantom Of The Opera
Based on the novel by Gaston Leroux, The Phantom Of The Opera tells the tale of a hideously deformed composer, forced to hide in the depths of the Paris Opera House. When young dancer Christine Daae arrives at the opera, he begins to tutor her under the guise of the ghost of her dead father convinced that she has the makings of a great star. All does not go to plan though, when childhood sweetheart Raoul appears as patron of the opera’s new owners.

Mayhem ensues as this timeless love triangle plays out. But does love triumph in the end? Possibly one of the greatest entertainments every conceived, The Phantom Of the Opera is one of the highest grossing musicals of all time and has been seen by millions of people across the globe.
BOOK TICKETS TO PHANTOM OF THE OPERA 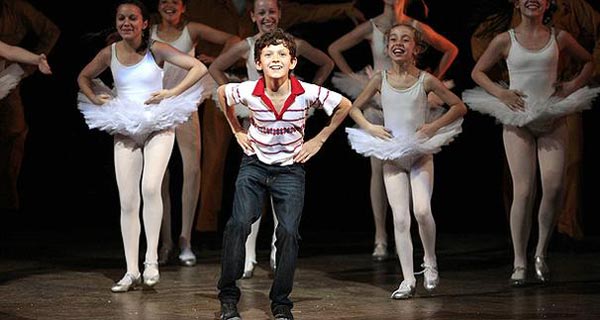 6. BILLY ELLIOT
Set during the miners’ strike of 1984/85 in a mining town in the North East of England, Billy Elliot is the sensational telling of one young boy’s battle to see his dreams become a reality despite all the stigma and prejudice inherent in his everyday life. This powerful story sees Billy stumbling out of a boxing class to encounter ballet, and with the inspiration and vision of his Ballet teacher, Mrs Wilkinson, he is free to uncover his true passion; dance.

This is a journey of self discovery, love, family and friendship that sees not just Billy – but his friends, family and the community at large coming together enabling him to change his life for good. Billy Elliot is a story of blind faith, true passion and determination.
BOOK TICKETS TO BILLY ELLIOT

7. The Lion King
Set against the majesty of the Serengeti Plains and to the evocative rhythms of Africa, the stage musical of The Lion King is based on the Disney animated film.

When a young lion prince is born in the Pridelands in Africa, his uncle Scar moves further down the line of inheritance. In an attempt to take the throne, Scar plots the death of Mufasa – the King laying the blame at the feet of his son – Simba. Scar takes the throne by enlisting the help of hyenas and disturbs the natural balance. Simba is convinced to return and overthrow his uncle restoring the “Circle Of Life”.
BOOK TICKETS TO THE LION KING 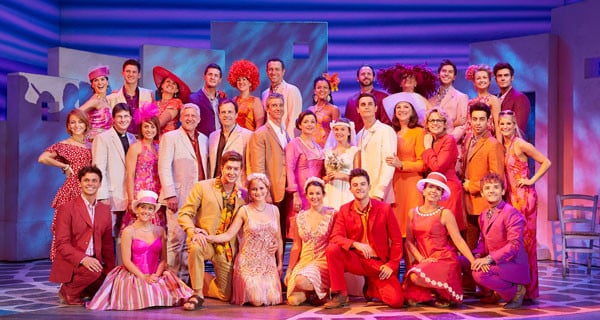 8. Mamma Mia!
Mamma Mia! is the enchanting tale of family and friendship, unfolding on a Greek Island paradise where on the eve of her wedding to the love of her life, a daughter’s quest to discover the identity of her father brings three men from her mother’s past to the island they last visited 20 years ago.

Mamma Mia! Features all of Abba’s best-known songs include Dancing Queen, Thank You For The Music, The Winner Takes It All, Knowing Me, Knowing You, S.O.S; Take a Chance on Me, Super Trouper and many others.
BOOK TICKETS FOR MAMMA MIA! 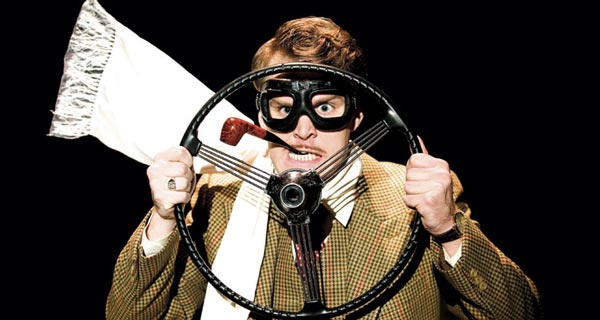 9. The 39 Steps
Based on John Buchan’s book which was superbly filmed by Alfred Hitchcock in 1935 has finally been adapted in a thrilling production for the stage.

The 39 Steps is without doubt the smallest, epic stage production to land on the London stage with 4 actors playing more than 139 parts. It’s all played for laughs as actors sometimes play several characters and even the odd inanimate object. All of the great scenes from the film are staged including a chase on The Flying Scotsman, and the Forth Bridge escape.
BOOK TICKETS TO THE 39 STEPS 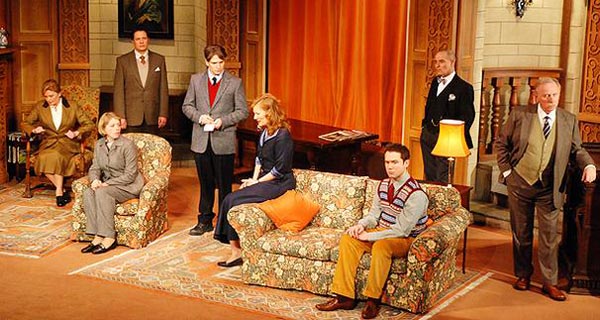 10. The Mousetrap
The Mousetrap has now been running for 60 years during which time over 23,000 performances have been given. It is quite simply a great piece of theatrical history because of what it is, a whodunit written by the greatest crime writer of all time.

In her own inimitable style, Dame Agatha Christie has created an atmosphere of shuddering suspense and a brilliantly intricate plot where murder lurks around every corner.

Join the millions who have already discovered whodunnit, but will not share their secret.
BOOK TICKETS TO THE MOUSETRAP