Tennessee Williams is to be celebrated online with an all-star line up including Betty Buckley, Kathleen Turner and Michael Cerveris from 31 July 2020. 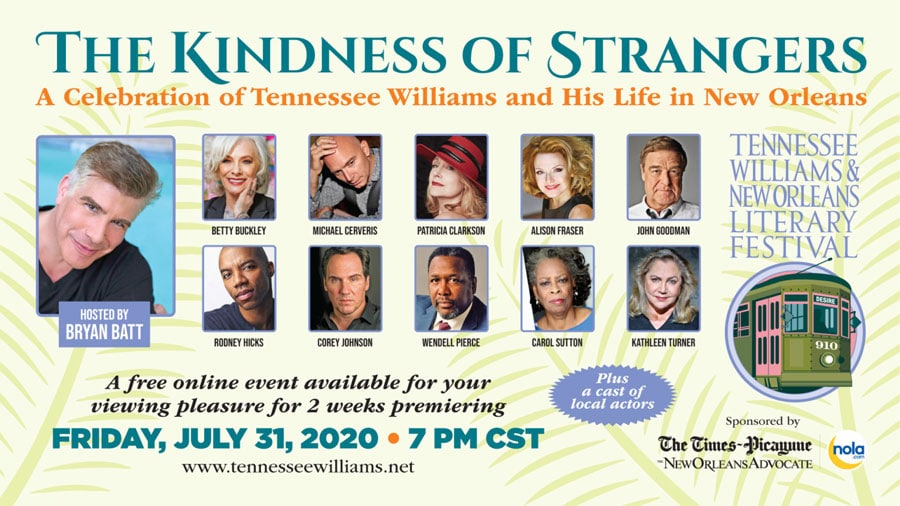 Entitled The Kindness Of Strangers, this celebration derives its name from Williams’ Pulitzer Prize-winning play A Streetcar Named Desire.

Starting as a conversation between Bryan Batt and the Festival Board President Lawrence Henry Gobble over the cancellation of the 2020 festival with both wanting to do something to support the festival and to showcase the talented artists who have been part of the festival over the years.

This love letter to the festival to Williams is free and viewers are encouraged to donate to support the work of the festival.