In the first of our Tales From The Dressing Room series, Penelope Keith chats candidly to JBR about the changes in the industry since her training. 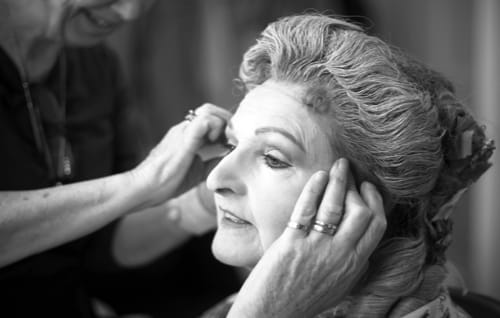 “Come in, come in. Welcome to the most elegant dressing room in the West End.” How could it not be? This is, after all, the famed Dressing Room No. 10 at the Theatre Royal, Haymarket. Current resident, the ever fragrant Penelope Keith, is precisely as one imagines her to be; part hectoring schoolmarm, part favourite aunt.

“I like the idea of older actors passing on what they know, but don’t make me sound too much like an old fart,” she pleads, as she crosses the room and takes her seat.

The room is not the most extravagantly appointed one in the West End. A large, French style dressing table occupies the right hand side where Keith’s wig sits, proudly, on a stand. Modest amounts of powder and paint adorn the counter. Around the room are several comfortable chairs for visitors and a chaise on which Keith reclines comfortably.

“I mean, what isn’t technical about getting on a platform, eight times a week, saying exactly the same thing, doing it, moving to the same place, and getting people to pay money for snake oil? If it isn’t technical I don’t know what is. It’s all artifice! I worked with a girl once who said ‘Oh, I’m going for realism’ and I thought ‘What is real about this?’ People often ask before a show ‘are you in the zone’ and I think “What zone?’ The only zone to be in is to be aware of everything. Everything.”

Dressing Room number 10 at the Haymarket has a timeless elegance. The rarefied air in here hangs heavy with history. This is the room that Ian McKellen and Patrick Stewart shared when appearing in Waiting For Godot, where Rob Lowe entertained the then Prime Minister, Tony Blair, during the run of A Few Good Men.. As Keith speaks, the ghosts of former occupants lean in, seemingly pitching their advice with hers.

“What we do is a craft and I do believe that a craft you learn from a master. I do hate that awful phrase ‘masterclass’. I have done one or two,” she admits, “but I called them a ‘Mistress Class’ which I think sounds far more interesting!” 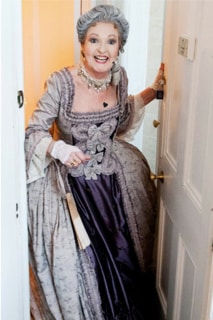 “Gosh, I sound like an old reactionary, don’t I?” she laughs, as she plumps up a silk-covered cushion. “But I long for people to say the words, to give the words their value. The problem with young actors is they don’t trust words. Our whole culture is so ‘me’ centred. We forget what we are there for. We are telling a tale, which is the oldest thing in our beautiful language. The whole canon, the whole history of our country is telling tales, isn’t it? And we are just people who do that.”

Outside, dusk is turning to night and the busy Haymarket teems with traffic. In here, a genteel peace reigns. Keith adjusts her flowery pink robe. A full length mirror takes up most of a wall. The Theatre Royal has been home to many of the country’s greatest actors. How many of those stood in this room, checking costumes before the mirror? Edith Evans, Olivier, Schofield, Richardson, Ashcroft, Beerbohm Tree. How many of those legends practised their words within these walls?

Keith is passionate about words. “Don’t get me on my hobby horse,” she exclaims. “I don’t know if it is training or what, but young actors don’t understand the music of text. There is as much music in a Wilde or a Coward or a Rattigan as there is in Shakespeare.” Her words resonate around the room, Wilde, who premiered A Woman of No Importance and An Ideal Husband here in the 1890’s, is nodding from the corner seat. Coward, who declared the Haymarket ‘the most perfect theatre in the world’ flicks ash from a cigarette, murmuring agreement.

“It is generational, but we are not allowed to say that. I always say put me in a theatre and blindfold me and I will tell you which actor is over forty. It is as sharp a divide as that. I was saying something about vocal prowess and voice to one of the drama school heads the other day and he said ‘I don’t think we do enough on that’ and I thought ‘Well, what are you teaching?’” 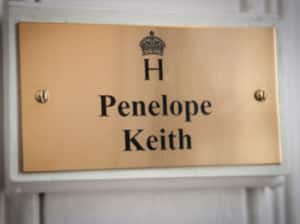 With Keith, ‘voice’ is perhaps one of the more obvious descriptors, those wonderful cut glass vowels and the plumy accent, but when Keith talks about voice training or vocal prowess she is not talking about accent “I can’t bear that awful word ‘posh’. It isn’t about talking ‘posh’. Everyone has this awful inverted snobbery about ‘posh’. I live with a Lancastrian, a gorgeous dark, rural burr and it’s wonderful. I love accents. It is not about accents, it is about being able to communicate, about being understood.”

Somewhere, without, other actors pad quickly up and down the stairs. There is a rattle at the handle, a gentle tap on the door. It goes unanswered and soon the visitor pads away. Perhaps Maggie Smith, who occupied Dressing Room No 1 downstairs, would pop up to visit Judi Dench here when they appeared together in The Breath of Life? This room has pedigree and class. Keith is, rightly, at home here.

She trained at Webber Douglas before starting her career in weekly repertory theatre in Chesterfield. The decline of the repertory system is one she feels strongly has had repercussions on actors development. “I think television gave everybody access to superb drama,” she says. “But we have lost that amazing training. Now, when you are twenty-five you have done a couple of fringe things and a line or two in television, but when I was twenty five I had played forty or fifty roles in everything from Shakespeare to Shaw and I had been exposed to the different ways writers worked. And yes, it would be difficult to accept some of the acting that went on. My first role I had to play a forty year old and I had more lines drawn on my face than an Ordnance Survey Map. I was stooping because I was playing this awfully old character,” Keith recalls laughing, “but it was extraordinary. And weekly rep was a nightmare! Actually it wasn’t, I loved every minute of it. Young actors are missing so much of that experience.”

And it is experience that Keith and her generation are keen to pass on. “When I was a young actor, if someone had given advice to me I would say ‘Oh am I doing that? What can I do about it?’ I would have wanted to learn, but now whenever you say anything, everyone comes back with that defensive thing and says ‘Ah, but’ and then gives you an excuse.”

“I think older actors feel nervous about offering advice, because there’s always this rebuff isn’t there? I religiously never give a note on a scene I’m in, because too often people think it’s about you. They think ‘Oh the old gal wants her laugh’, and I think ‘I’ve had more laughs than you’ve had hot dinners, let’s just do it quickly and get home.’” Keith peals with laughter, “If only young actors would ask,” she sighs. “We could tell them so much.”

Younger actors have always sought out older actors for tutelage, and the Haymarket has a particular history in this area. In 1741 under Charles Macklin, the Haymarket ran what is possibly the first drama school, and in 1988 the Haymarket set-up Masterclass, a training and education programme for young people. Gielgud, who inspired a whole generation of younger actors, lived in this room during the Blitz. When he appeared on Desert Island Discs the luxury item he asked for was ‘dressing room 10 at the Haymarket’.

“It is bizarre, how everything changes and changes so quickly. We never thought about agents in my day. I don’t remember anyone at Webber Douglas, ever, talking about being rich or famous, or wanting to be a star. It didn’t enter our heads. You wanted to work and you wanted to learn. And that is very, very different now. In a way I blame drama schools, because the whole thing is on that third year and getting an agent. When I trained it was two years; you learned your voice and movement at school and everything else when you got out there. And what do agents know? Truly? What do they know? They know what they can cast and get some money with for a year, there is no career progression, no-one takes care of your career.”

“When I was at drama school I would go to the theatre two or three times a week, and I would get into the gods for four shillings. I had a job which paid four pounds ten shillings a week, and a gallery seat was four bob, which was 1/25th of my salary. Now students can’t get in for less than a tenner these days –what student earns £250 a week? So I know that is a great problem. But I would say watch, watch as much as possible, and read, and learn and always ask questions.”

“I think observation is the key. Always be inquiring, stop thinking about yourself. When you are on the tube, listen to people, observe, observe, because most of our time we aren’t playing actors, we are playing proper people. That’s the key; observation for an actor is the most important. I mean, once you’ve got the basics, voice and movement and so on. And speak clearly – remember audiences rarely say they can’t see – they used to when ladies wore hats, but they always say they can’t hear.”

Legend has it that actor-manager John Buckstone once occupied Dressing Room Number 1, downstairs, and that he haunts it still, frequently heard rehearsing his lines. Every theatre has legends, some dead, some living, and all those legends have something useful to impart.

As the door to the dressing room closes, it closes not just on Keith, but on two hundred and ninety years of experience. “Listen, watch, read and speak up,” the voices whisper. The brass plaque on the door reads Penelope Keith.

This interview first appeared in Fourthwall Magazine
Penelope Keith was performing in The Rivals, at The Theatre Royal, Haymarket

Images are by Sally Mais, from The Beginners Project