The Sword Of Alex by award-winning playwright Rib Davis comes to the White Bear Theatre this September. 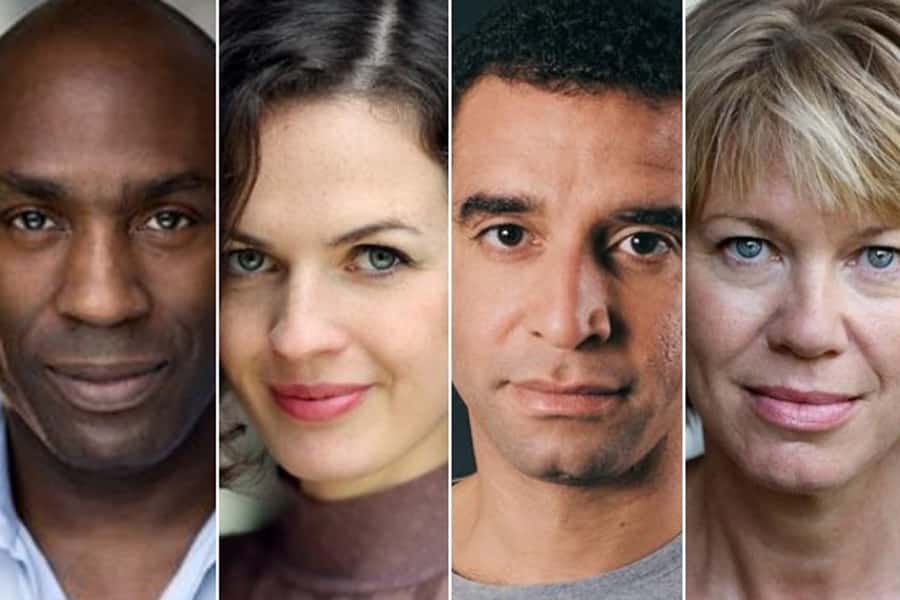 In the clash between the political and the personal, The Sword of Alex by award-winning playwright Rib Davis examines how identity fares in the struggle, coming to the White Bear Theatre in Autumn 2018, starring Kate Terence, Georgia Winters, Patrick Regis and DK Ugonna.

You’d never defeat me in politics, not in the politics of left and right. But it’s a hell of a lot easier to get people to fight over identity than it is over ideas. Isn’t that right?

A country on the verge of civil war as a region attempts to break away from the state. Two versions of nationalism clash head-on. Two leaders and their nations pitted against each other. Each must destroy the others’ version of history. But families are no less tribal than nations. As the great games are played out at a national level, so too are domestic power struggles. This is a play that brings together national destiny, gender politics and the very ideas of identity and belonging.

Come back in ten years. Or twenty. Or when you’re dead. That’s always a good time to be forgiven. I think it’s called a pardon.

Rib Davis began his writing career in documentary theatre at The Living Archive Project. He has now worked in oral history-based theatre for over 30 years. He has worked extensively in radio (his many plays include Corridor and A Few Kind Words, and series include Unwritten Law) as well writing for television (including for The Bill). His non-documentary stage play No Further Cause for Concern, about a prison riot, won an Edinburgh Fringe First award before he went on to adapt it for television. His best-selling book Writing Dialogue for Scripts is now in its 4th edition. Rib Davis is currently holder of the Goodison Fellowship at the British Library.

Kate Terence has performed with the RSC and the Globe, and appeared on screens in Bad Girls and The Kindness of Strangers. Georgia Winters is a member of the Actors Ensemble theatre company and appeared in the film Jupiter Ascending. Patrick Regis received the Best Newcomer Award at the Screen Nations Awards, and has since appeared in Hard Sun for the BBC, and will be appearing in the second season of Snatch. DK Ugonna originated the role Vartan Sarafian in a new play Paradise Road (Tales Retold) at the Sheffield Library Theatre this year, played Othello (Lights of London) at the Moor’s Bar Theatre in Crouch End in 2017.

The Sword Of Alex plays at The White Bear Theatre from 18 September – 6 October 2018.

BOOK TICKETS FOR THE SWORD OF ALEX