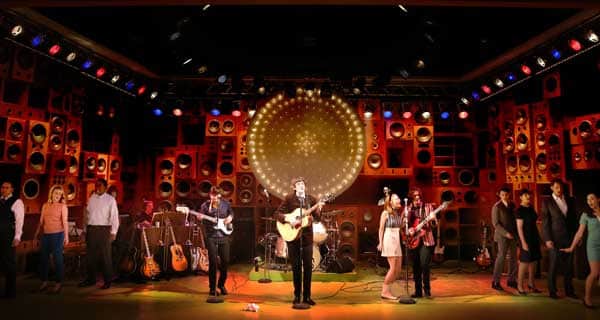 Sunny Afternoon, the critically acclaimed new musical which tells the story of the early life of Ray Davies and the rise to stardom of The Kinks, has extended its run until 31 January 2015. The show begins previews at the Harold Pinter Theatre on 4 October 2014.

Following a sold-out run at Hampstead Theatre, this world premiere production, with music and lyrics by Ray Davies and new book by Joe Penhall, will open on 28 October.

The cast of Sunny Afternoon is currently in rehearsals with director Edward Hall, Ray Davies and Joe Penhall. An official cast recording album has been produced by Ray Davies at his Konk studios, and will be released in October on Chrysalis BMG.

The theatre auditorium will be re-configured for the run of the hit show. In addition to a catwalk thrusting out into the auditorium, audiences will have the opportunity to watch Sunny Afternoon from more than sixty seats at cabaret-style tables in the stalls area.

Featuring some of The Kinks’ best-loved songs, including You Really Got Me, Waterloo Sunset and Lola, Sunny Afternoon marks the 50th Anniversary year of the band’s debut release.

The Kinks exploded onto the 60s music scene with a raw, energetic new sound that rocked a nation. But how did that happen, where exactly did they come from and what happened next?

Set against the back-drop of a Britain caught mid-swing between the conservative 50s and riotous 60s, this production explores the euphoric highs and agonising lows of one of Britain’s most iconic bands and the irresistible music that influenced generations.

Book tickets for Sunny Afternoon at the Harold Pinter Theatre.