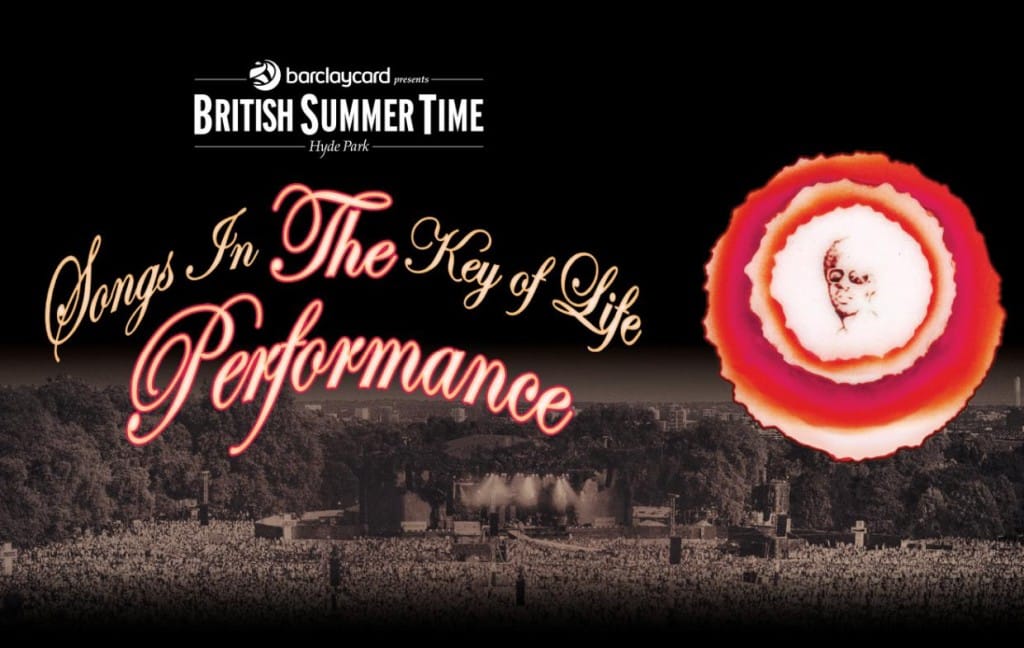 BritishTheatre.com and our ticketing partners Love Theatre are pleased to announce that we have access to the pre-sale period for Stevie Wonder at Hyde Park. Tickets go on sale today (Thursday) at 9am through the link shown below, twenty four hours ahead of general sale.

On July 10th 2016 , Stevie Wonder will perform his masterpiece Songs In The Key of Life in its entirety, for a truly epic, must-see show from one of the most prolific artists of all time.

Hugely acclaimed in the US, Songs In The Key of Life Tour has run for 18 months, having been extended many times due to phenomenal public demand.  Coming to the UK for the very first time, there is extra reason for celebration because 2016 is the album’s 40th Anniversary year.

Released in 1976 on the legendary label Motown Records, featuring the hits Sir Duke, Isn’t She Lovely and I Wish, it is cited as an influence on many of the world’s biggest stars, Elton John, Prince, Michael Jackson and Pharrell to name a few. It was crowned Grammy Album Of The Year in 1977 and is widely hailed as a true work of art.

It followed an unsurpassed trilogy of albums that graduated Wonder from teenage Motown prodigy to true artist – Talking Book, Innervisions and Fullfillingness’ First Finale – all released in the first 4 years of the 1970s. Wonder spent 2 more years on ‘Songs’, producing a double album of enthralling music and cementing his position as a musical genius.

Together, the albums made the 25-time GRAMMY winner the only artist to have ever received Album Of The Year awards in three out of four consecutive years.

TICKETS ARE ALSO ON SALE FOR CAROLE KING WHO WILL BE PERFORMING TAPESTRY LIVE ON JULY 3.