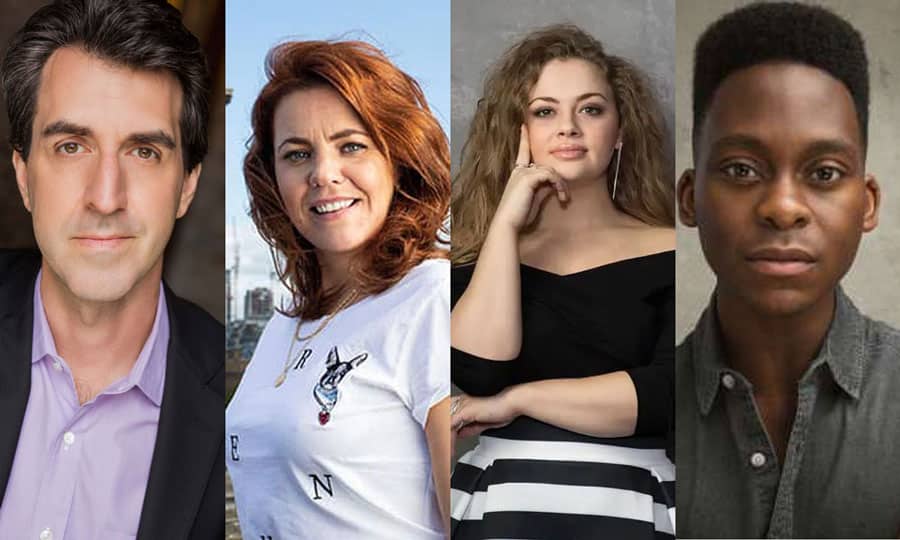 Tony Award-winning composer-lyricist Jason Robert Brown returns to London for the first time in a year with an electrifying show full of high-wire piano playing, impassioned singing and the emotional rollercoasters of his songs both classic and brand-new, including many from his legendary musicals and his new solo album, How We React and How We Recover, featuring a powerhouse trio of musicians.

Carrie Hope Fletcher is a talented actress, best-selling author and vlogger, with a huge fanbase on her online platforms. She has recently been announced alongside Michael Ball and Alfie Boe in a new concert version of Les Misérables, playing Fantine at the Gielgud Theatre. Alongside her hugely successful performing career, in shows like ‘Chitty Chitty Bang Bang’ and ‘The Addams Family’, Carrie has released four bestselling books and regularly attracts 1 million views every month on her YouTube channel.

Rachel Tucker is an Olivier nominated actress who is currently starring in Come From Away at Phoenix Theatre. She is also known for playing the role of Elphaba in Wicked for which she won several awards. Not only is Rachel a renowned actress but also a solo singer. She launched her debut solo album The Reason in 2013 at her first sell-out concert at St. James Theatre where she returned with her one-woman show Rachel Tucker: Back From Broadway. In 2017 Rachel launched her first solo tour, Rachel Tucker: Live in Concert, in London, UK and Ireland alongside releasing a new album On the Road

Tyrone Huntley is an award-winning actor known for his portrayal of Judas in Jesus Christ Superstar at Regents Part Open Air Theatre where he won the Evening Standard Award for Emerging Talent. Most recently, Tyrone made his directorial debut with Ain’t Misbehavin’ at The Mercury Theatre, Colchester which transfers to London’s Southwark Playhouse this April. Prior to this he played Obi in Leave to Remain at Lyric Hammersmith.

Jason Robert Brown is one of Broadway’s most successful writers, with hit musicals including Parade, The Last Five Years, Honeymoon in Vegas, and The Bridges of Madison County. He is the recipient of numerous accolades, including three Tony Awards. Jason Robert Brown is the ultimate multi-hyphenate – an equally skilled composer, arranger, orchestrator, director and performer – renowned for some of the best loved musicals of his generation. He was last seen in London performing a sell-out show at the London Palladium.