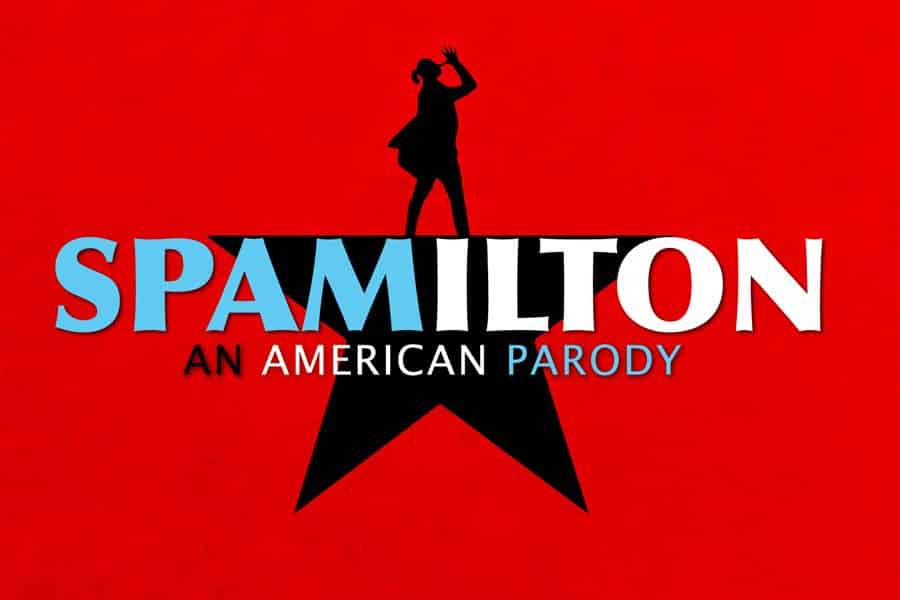 Gerard Alessandrini, the creator of the iconic Off Broadway revue Forbidden Broadway puts Lin-Manuel Miranda’s musical Hamilton, some of the world’s biggest theatre names and musicals in his sights with Spamilton – an American Parody.

Spamilton will run at the Menier Chocolate Factory from 12 July – 8 September 2018 and unlike Hamilton at the Victoria Palace, there are plenty of reasonably priced tickets available for Alessandrini’s parody.

Lin-Manuel Miranda said “I Laughed my brains out!“.

Gerard Alessandrini is best known for creating and writing all 25 editions of Forbidden Broadway in New York, Los Angeles, London and around the world. He features in the original 1982 cast of Forbidden Broadway, and can be heard on four of the show’s twelve cast albums. He also sings on the soundtracks of the Disney classics Aladdin and Pocahontas. Television credits include writing comedy specials for Bob Hope, Angela Lansbury, and Carol Burnett. Directing credits include Maury Yeston’s musical In the Beginning, and a revue focusing on Yeston’s songs Anything Can Happen (In the Theatre). Recent musicals which he co-wrote and/or directed include Madame X (NYMF 2011) and The Nutcracker and I (a complete Tchaikovsky score with all new lyrics by Alessandrini). He is the recipient of an Obie Award, two Lucille Lortel Awards, a Lifetime Achievement Award from the Drama League, and seven Drama Desk Awards – including two for Best Lyrics, and two Special Lifetime Awards. He was also awarded an Honorary Tony Award for Excellence in Theatre.

Casting for Spamilton is to be announced. Tickets are on sale 16 May 2018.