Acclaimed musical Six is to become the first West End musical to re-open since lockdown with the announcement it will transfer to the Lyric Theatre in Shaftesbury Ave for an eleven-week season. 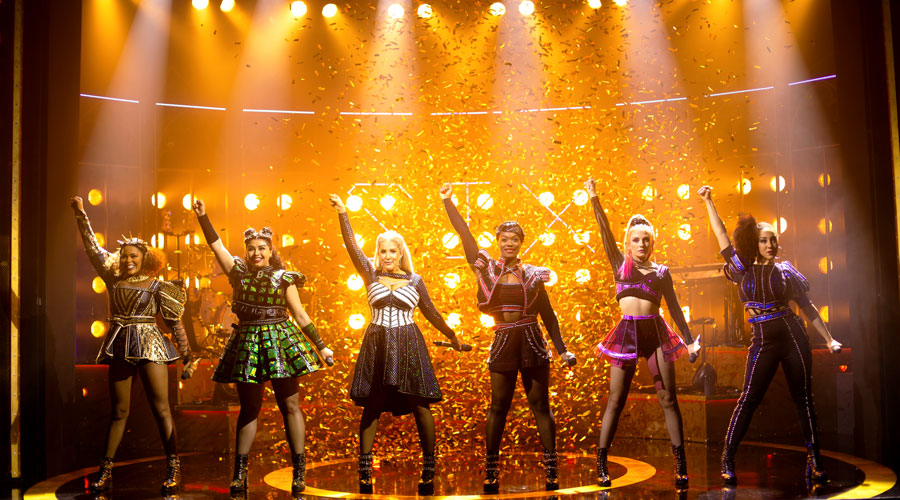 Electrifying musical phenomenon Six by Toby Marlow and Lucy Moss will become the first West End musical to resume performances in a West End theatre when the show temporarily moves from its home at the Arts Theatre to the Lyric on Shaftesbury Avenue for a limited 11-week run beginning on Saturday November 14 through to January 31, 2021.

Six producers Kenny Wax, Wendy & Andy Barnes and George Stiles say, ‘Across our two UK productions of Six we have the opportunity to give work to 100 or so actors, musicians, technicians, stage managers, production managers, costume makers, marketing, press, ticketing and office staff. We accept that with social distancing it is unlikely to be economically viable, but we hope to entertain many thousands of theatregoers who have been starved of live entertainment since March. We hope that opening Six will help build audience confidence and bring business back to the local economy. We also understand that restarting productions, particularly musicals, remains impossible for most producers for reasons of scale, finance and lack of cancellation insurance. We continue to look forward to the day when social distancing is removed and theatre can play to 100% capacity.”

Six will perform 9 shows a week at the Lyric Theatre. Capacity has been reduced to comply with COVID-19 Secure guidelines for social distancing plus robust risk mitigation. In addition to hand sanitation, face coverings and track and trace, other measures will include contactless tickets, temperature testing and the deep clean and sanitation of the theatre.

Simultaneously Six is announcing that the UK Touring Cast will resume performances in the Lyric Theatre at the Lowry in Salford from Friday, November 27, 2020, for a 6-week Christmas season.

Six has become a global phenomenon since its early days as a student production in a 100-seat room at Sweet Venue during the 2017 Edinburgh Fringe Festival. As the pandemic struck, SIX was playing to sold-out houses in London’s West End, across the UK and Australia, and had its opening night in New York on Thursday March 12 cancelled when the New York Governor shut down Broadway three hours before the show was due to open.

Six was nominated for five Olivier Awards including Best New Musical. It won the BBC Radio 2 Audience Award for Best Musical at the Whatsonstage Awards, performed on the results show of ‘Britain’s Got Talent’ and has performed annually in front of thousands at West End Live in Trafalgar Square.

Six will return to the Arts Theatre in March 2021 subject to the lifting of social distancing, and ‘Get Up, Stand Up!  The Bob Marley Musical’ opens at the Lyric.

Tickets for Six at the Lyric Theatre are now on sale.