New British musical Sitting Pretty is to have its world premiere at this year’s Brighton Fringe at The Rialto. 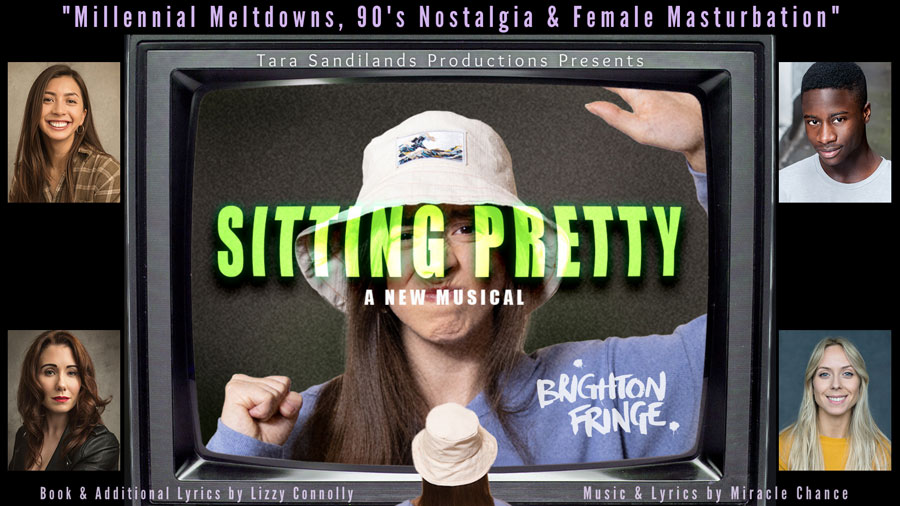 Featuring music and lyrics by the writing team of Miracle Chance and Lizzy Connolly, Sitting Pretty the musical will have its world premiere at The Rialto as part of the Brighton Festival from 14 – 16 June 2021.

Sitting Pretty is Miracle Chance’s first musical theatre score. Miracle is a singer/songwriter best known for her work in electro-pop band arroh. Her inspiration for the music comes from her want to infuse alt-pop production and melodies with a millennial stream of consciousness you’d find on MSN. With her theatre credits including shows such as Be More Chill (Shaftesbury Theatre/Other Palace), The Rocky Horror Show (UK Tour) and the Christmasaurus Live (Eventim Apollo), Miracle draws inspiration from comedy and absurdity, with hopes to deliver something unfiltered and fresh to the audience.

Sitting Pretty the musical has book and additional lyrics by Lizzy Connolly who recently directed Cinderella: A Socially Distant Ball at the Turbine Theatre.

Producers are recommending 90’s fancy dress – so get your jelly shoes at the ready/ lambrini pre-drinking is optional.