Simon Lipkin and Dan Skinner are to co-star in the world premiere of Brian and Roger – A Highly Offensive Play which will open the Menier Chocolate Factory’s New Space – The Mixing Room. 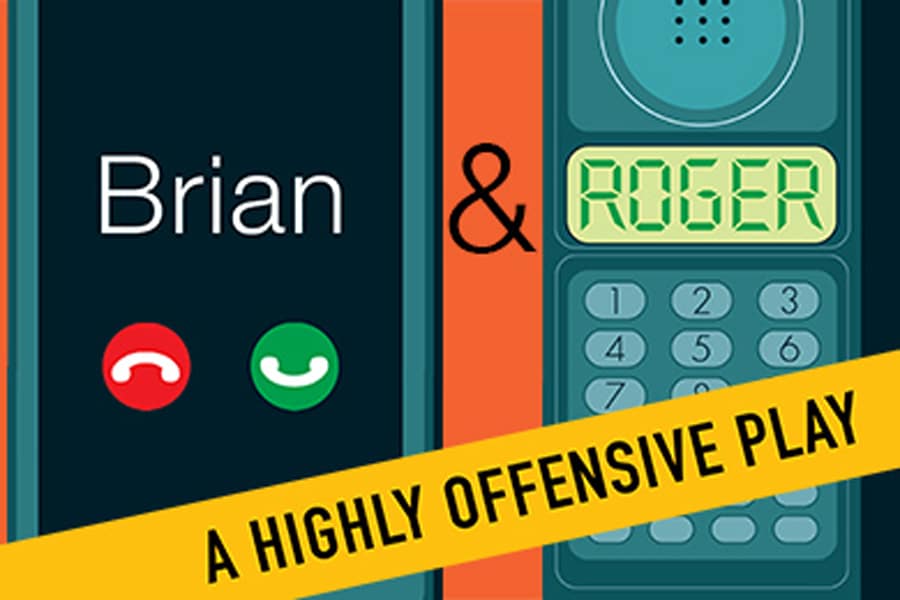 Tickets to Brian and Roger – A Highly Offensive Play are now on sale.

Brian and Roger met at a support group for recently divorced men. Roger was attending because he was genuinely grieving the loss of his marriage. Brian was instructed to attend by his solicitor if he wanted to dodge paying alimony. Roger is in need of guidance and support, which Brian willingly supplies. Both are starting again. Both are finding it hard. One of them is nice.

Described as ‘Best British comedy happening right now’ (Daily Telegraph), the original podcast was written and performed by Harry Peacock and Dan Skinner. It was produced by Marc Haynes and Joel Morris for Great Big Owl.

The production opens the company’s new smaller studio space, The Mixing Room and runs until 18 December. Lipkin replaces Peacock who has withdrawn from the production on medical advice.

Harry Peacock said today, “I’m enormously grateful to Simon for stepping in at such short notice to enable the run to go ahead as planned at the Menier. Stepping back from the show was an incredibly difficult decision, but ultimately the right one for my health and the production, and I can’t wait to enjoy the show from the comfort of the auditorium. There may however be action if he’s better than me…”

David Babani added, “Harry and Dan have created an incredibly funny, rude, genius podcast, and have brought all of that to the stage. It’s with Harry’s blessing that we welcome Simon back to the Menier to join Dan and bring this piece to life on the stage, and we’ll continue to have Harry’s support and brilliance as we move forward to production.”

Simon Lipkin commented, “Can you please go away. I’m trying to learn my lines.”

BOOK NOW FOR BRIAN AND ROGER – A HIGHLY OFFENSIVE PLAY